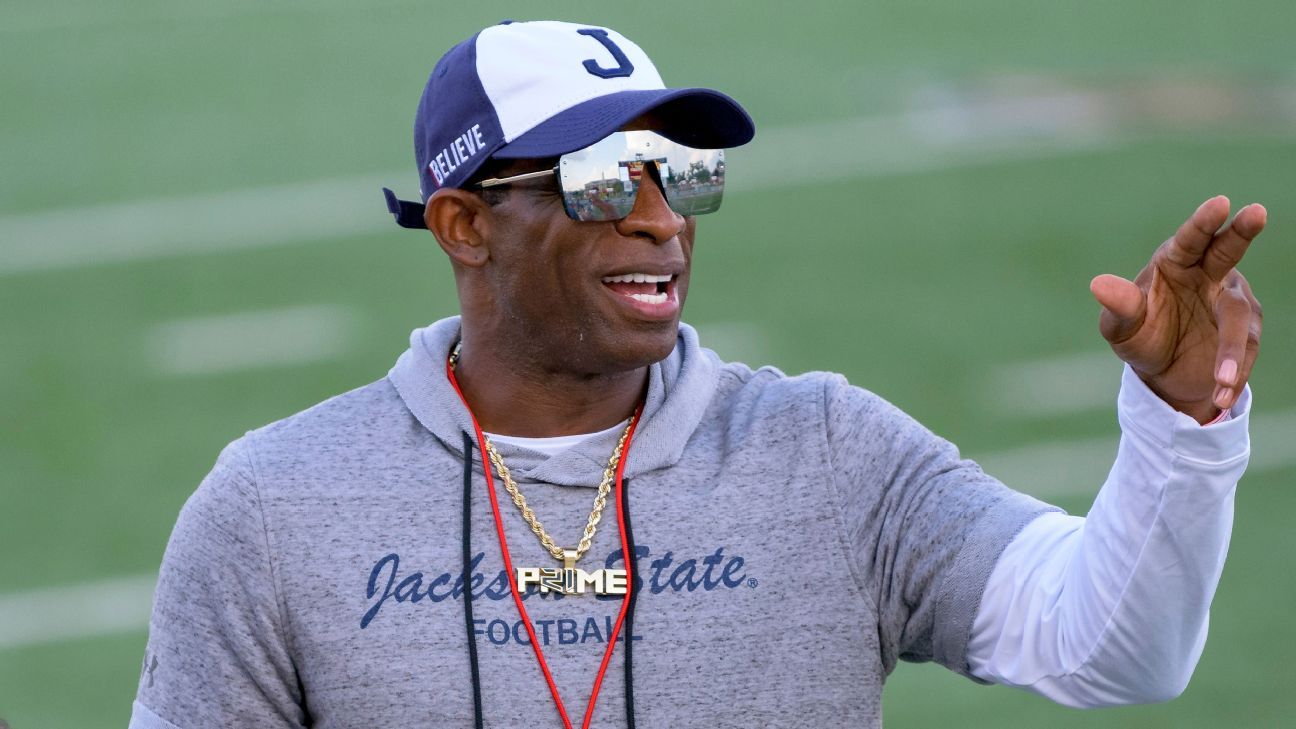 Jackson State and coach Deion Sanders added another ESPN 300 prospect to the 2022 class on Saturday when wide receiver Kevin Coleman announced his commitment at the All-American Bowl.

Jackson is the No. 58-ranked prospect and the second ESPN 300 commit for Sanders in this class. Jackson State made waves on the first day of the early signing period when five-star corner Travis Hunter chose Jackson State over Florida State.

Hunter is the No. 2 prospect overall and is the highest-ranked prospect to pick an FCS school since ESPN started its rankings in 2006. Coleman chose Jackson State over Florida State, Miami, Oregon and USC.

A total of nine ESPN 300 recruits announced their commitments on Saturday at the All-American Bowl.

ESPN 300 linebacker Cyrus Moss chose the Hurricanes, giving new Miami coach Mario Cristobal nine ESPN 300 commitments in the class. Moss is the No. 75 prospect and the fifth defensive ESPN 300 commit for Miami in 2022.

Georgia also added to its class on Saturday, landing offensive tackle Earnest Greene, the No. 80 recruit overall. He chose the Dawgs over Alabama, Ohio State, Texas and USC, and gives Georgia 11 commits ranked in the top 100 and 15 ESPN 300 commitments in the No. 3-ranked class.

The Dawgs are ranked just ahead of Texas, and the Longhorns were able to help themselves at the All-American Bowl, where defensive back Larry Turner-Gooden chose Texas over Colorado, Maryland and USC. He’s the No. 84 prospect in the class and gives Steve Sarkisian and his staff 17 ESPN 300 commitments.

Linebacker Daniel Martin, the No. 153 prospect, chose Vanderbilt over Florida State and Oregon in the game, and ESPN 300 running back Rayshon Luke, ranked No. 202 overall, chose Arizona over Louisville and San Jose State.

New Florida coach Billy Napier was able to pull running back Trevor Etienne out of Louisiana. Etienne is ranked No. 196 overall and is the younger brother of former Clemson running back Travis Etienne.

Defensive tackle Hero Kanu added to Ohio State‘s haul, now with 15 ESPN 30 commitments with Kanu on board. He’s the No. 112 prospect and chose the Buckeyes over Georgia, LSU, Notre Dame and Oklahoma.