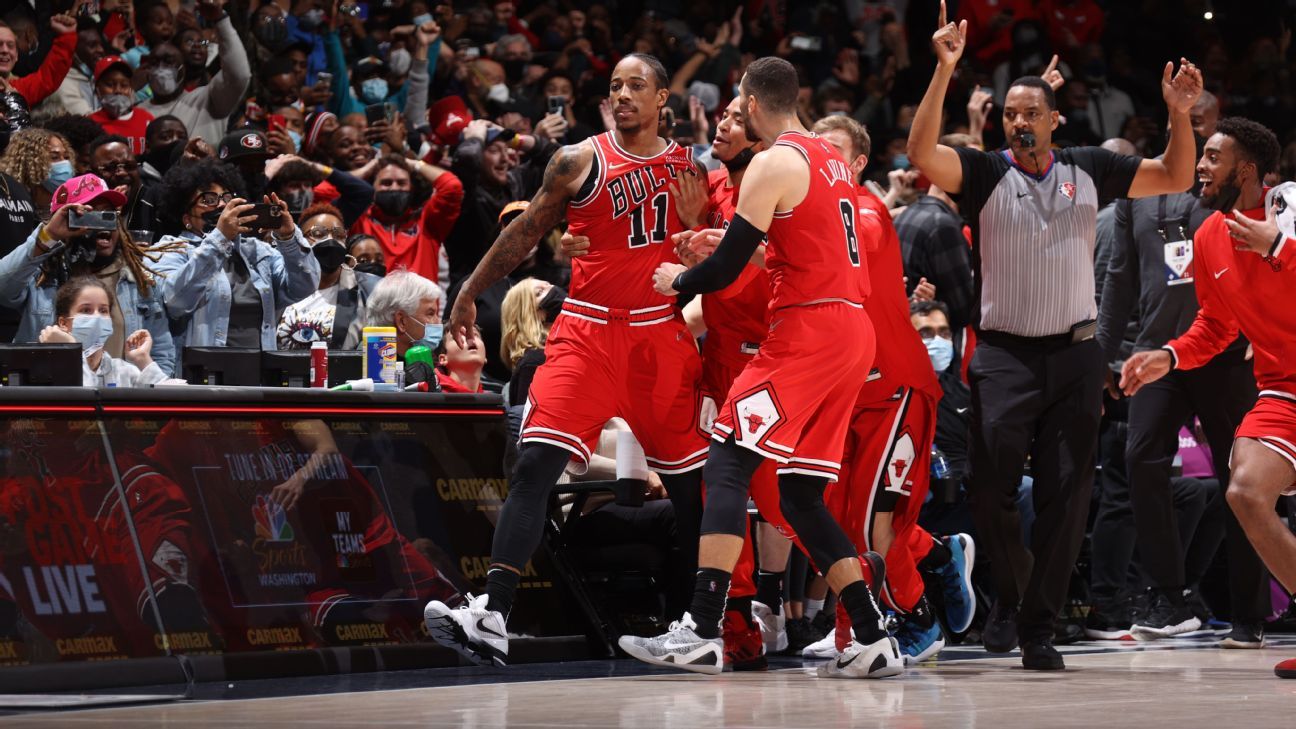 Did someone call for an encore?

Chicago Bulls star DeMar DeRozan sure knows how to end, and begin, a year unlike anyone else. On Saturday, he became the only player in NBA history with a game-winning buzzer-beater on consecutive days.

His impressive two-game stretch started on Dec. 31 with a one-legged 3-pointer that lifted the Bulls over the Indiana Pacers, 108-106.

It was only the second game-winning buzzer-beater of DeRozan’s career and first by a Bulls player since Jimmy Butler in December 2016.

“Sometimes that shot goes in, sometimes it doesn’t,” said the Pacers’ star.

On the other side, DeRozan also offered insight on how he views late-game moments.

“I always think about the next opportunity and try to capitalize on that the best I can.”

Little did he know that his next opportunity would come less than 24 hours later against the Washington Wizards.

DeRozan, the league leader in total points and points per game in the fourth quarter, sunk a corner 3-pointer over two defenders at the buzzer to extend the Bulls’ win streak to seven games.

He’s now tied the teams single-season record for buzzer-beaters, including the playoffs, sharing the mark with Michael Jordan (1992-93 and 1996-97) and Toni Kukoc (1993-94). However, DeRozan has the distinction of being the only Bulls player with multiple regular-season buzzer-beaters.

After the game his teammates further sang his praises on social media.

This kinda energy for all of 2022, please pic.twitter.com/tMMlv7MXv5

Wizards center Montrezl Harrell was unavailable for the game since he is in the NBA’s COVID-19 protocols, but still weighed in on his squad’s heartbreaking loss.

Damn Debo can’t do nothing but shake hands damn

LeBron James and Chris Paul were among the NBA stars that offered their takes on DeRozan’s historic two-game stretch.

Damn demar back to back. 💯🤝

ESPN Stats and Information contributed to this story.