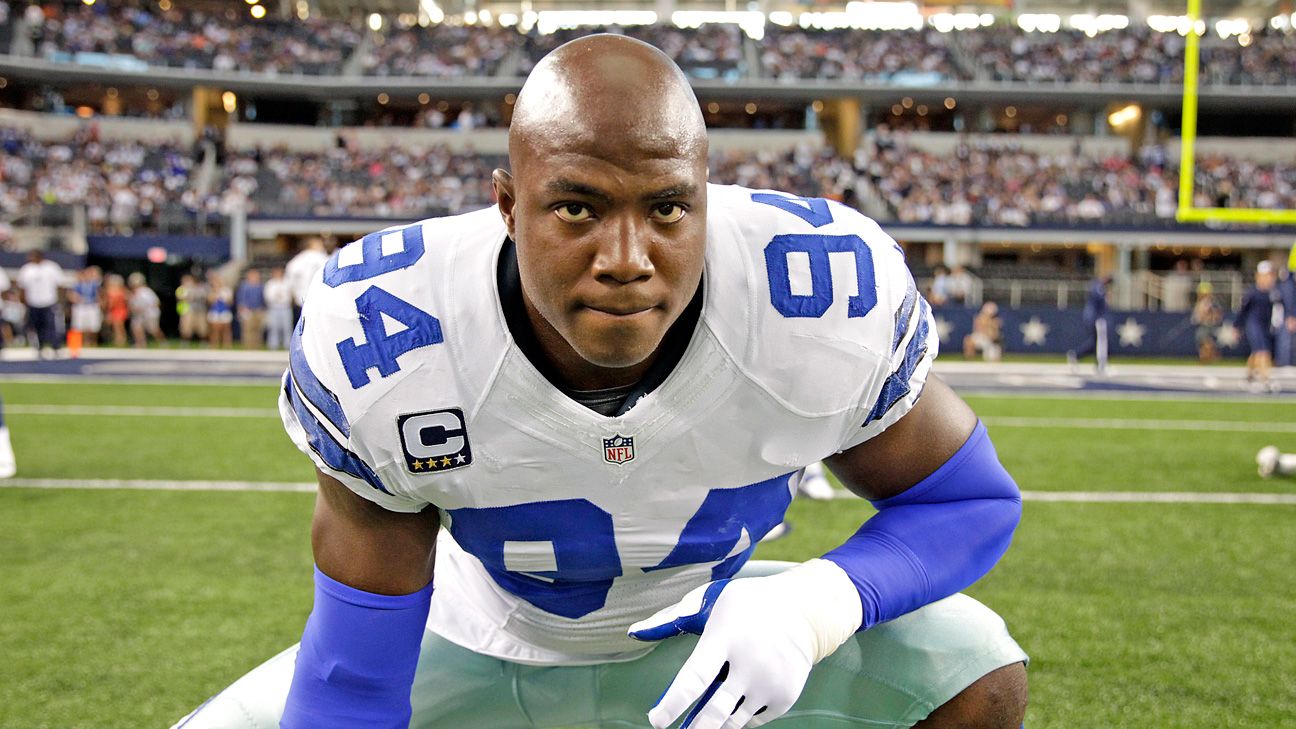 Defensive end/outside linebacker DeMarcus Ware, wide receiver Andre Johnson and wide receiver/returner Devin Hester are among the 15 finalists, announced Thursday. It is the third time in the past five years at least three of the finalists are players in their first year of eligibility.

As many as five of the finalists will be selected next month for the Hall’s Class of 2022. The Class of 2022 enshrinement ceremony, in Canton, Ohio, is expected to be in August, but specific dates have not yet been announced.

Late wide receiver Cliff Branch was already chosen as a seniors finalist while Dick Vermeil was selected as the coach finalist and former referee Art McNally is the contributors finalist.

If Ware, Johnson or Hester are chosen for enshrinement it would be the ninth consecutive year at least one player in the first year of eligibility has been enshrined. The Hall’s Class of 2022 will be revealed Feb. 10 during the NFL Honors show.

Ware was a nine-time Pro Bowl selection in his career with the Dallas Cowboys and Denver Broncos. He is ninth all-time in sacks — since it became an official statistic in 1982 — with 138.5 and was a starter on the Broncos’ Super Bowl 50 winner.

Johnson, a seven-time Pro Bowl selection for the Houston Texans, led the league twice in receiving yards (back-to-back in 2008-2009) as he is 11th all-time in both receptions (1,062) and receiving yards (14,185). Hester, who starred for the Chicago Bears and Atlanta Falcons, is a rare finalist whose career was primarily built on special teams excellence. He is a two-time All Decade player (2000s and the 2010s).

Boselli is a finalist for a sixth time — the most of any player among this year’s group, while Seymour is a finalist for a fourth time. Butler, Mills, Thomas, Holt and Wayne are finalists for the third time. The late Mills, who died in 2005, is in his final year of eligibility as a modern-era candidate so he will go into the seniors pool next year if he is not selected for enshrinement.

Butler, who is the only player to have at least 20 sacks and 20 interceptions in his career, is the only first-team selection to the All Decade team of the 1990s who has not been enshrined. Fellow safety Steve Atwater, who was named to Hall’s Class of 2020, was the only other All-Decade first-teamer who had not enshrined before last summer’s double ceremony.