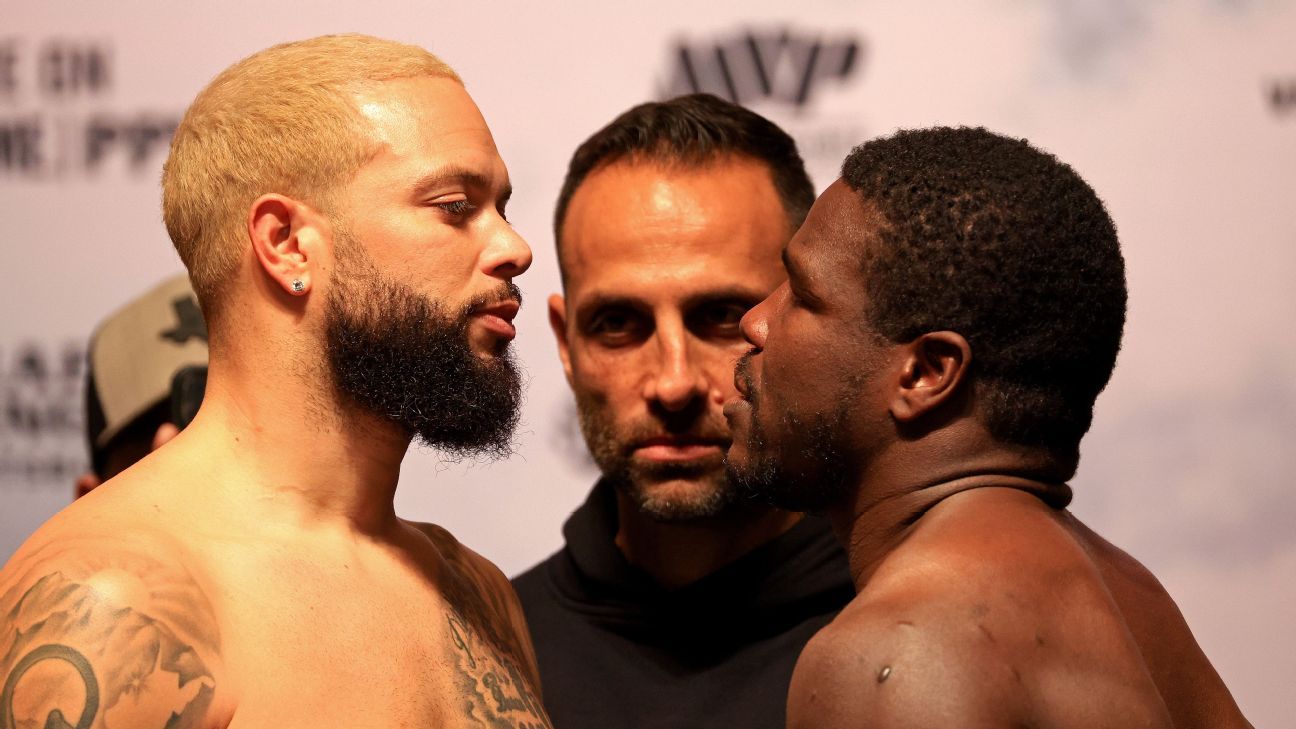 Ahead of the fight, they were candid about their reasoning for agreeing to the bout.

“I decided to take this fight because of my indecision around football. I’ve been around boxing for a long time, more than 12 years,” Gore said in a written statement.

“If I wasn’t going to play football, I wanted to take a shot and see where I’m at.”

Williams, a three-time NBA All-Star and a two-time Olympic gold medalist, also shared his rationale for entering the ring.

“I’ve been training stand-up and boxing for eight to 10 years,” Williams said. “I’ve sparred against high-level UFC guys that are bigger than me, that are my size and that are smaller than me.”

Naturally, the Florida crowd favored Gore, who is a Miami native.

Williams looked a bit more aggressive than Gore in the first round, but that was not the case for long.

In the second round, Gore replicated the tone set by Williams, but it appeared that the momentum might shift when Williams pushed Gore out of the ring with just under a minute remaining. Again, the former NFL player mirrored his opponent as he responded by shoving Williams.

The back-and-forth nature of the fight continued through the remaining two rounds. Williams was declared the winner via split decision, but it might be his only boxing victory as Williams said he was “one-and-done” after that fight.

Gore, on the other hand, wasn’t as quick to put an end to his boxing career. When asked if this would be his only fight, he replied with a noncommittal response of, “We’ll see. I had fun tonight.”

Plenty of the combatants’ peers, including DeMar DeRozan, Isaiah Thomas and Marlon Humphrey, tuned in to the fight and commented on the results.

S/o to @DeronWilliams for holding it down for the hoopers

Lol I respect Deron Williams honesty 😂😂😂😂 good fight! Frank Gore did good too! Both guys are so cool!!! Great experience for both!

Ok I was wrong for once. I just figured an NFL player would beat an NBA player especially when that NBA player spent as much time in Utah as Deron Williams. Hahaha.

NBA player meets NFL player in a Boxing match. Love to see it 🔥

D will & frank gore shoulda been the main event!!!

Respect to both fighters, great job DWill and Frank Gore