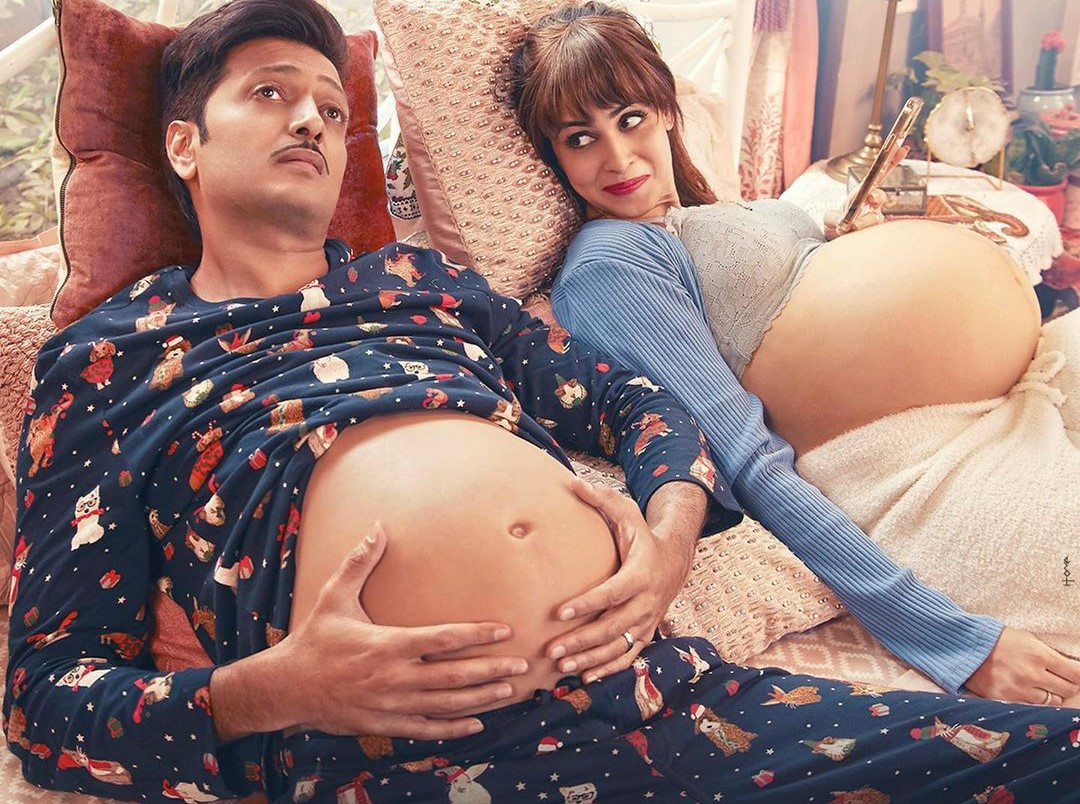 The Deshmukhs shared a series of three posters on their Instagram with the caption, “A twisted laughter ride and story like never seen before. Get ready to laugh your heart out till your stomach hurts,” along with the hashtag Mister Mummy.

Two of the posters were of a worried Riteish presumably troubled with his baby bump while the third one showcases both of them with their baby bumps, lying beside each other. While the latter retains his confused face, the former has a wicked smile on her face.

The comedy-drama revolves around the story of a couple – childhood sweethearts with opposing choices when it comes to children. But destiny seems to have planned a big surprise for the two. Directed by Shaad Ali, the film is produced by Bhushan Kumar, Krishan Kumar, Shaad Ali and Siva Ananth.

Riteish and Genelia had made their Bollywood debuts with 2003 film Tujhe Meri Kasam. They reportedly fell in love on the sets of the film and went on to tie the knot in 2012. Thursday also marked their tenth anniversary. The pair has two kids, seven-year-old Riaan and five-year-old Rahyl.

On the work front, Riteish was last seen in the 2020 film Baaghi 3 and has three more films in the pipeline. On the other hand, Genelia was not seen in any theatrical film post Tere Naal Love Hogaya starring alongside her husband, Riteish. However, she did appear in a digital release, titled It’s My Life opposite Harman Baweja.

In a 2020 interview with Hindustan Times, the duo was asked about what it would take for them to return as an on-screen couple again. While Riteish mentioned a “good script”, Genelia added, “I always say that my first film was with Riteish and before I went on this big sabbatical, the last film I did was with Riteish as well. So to be back again with him, I am looking for something very special.”