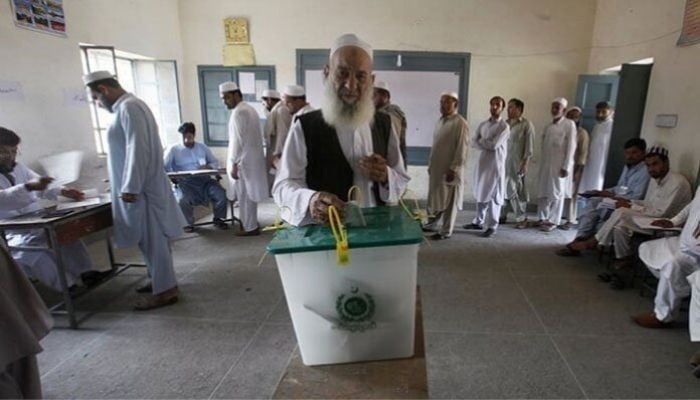 The ruling party has been decimated in the Khyber Pakhtunkhwa local bodies elections. That’s the bad news. The good news is that the prime minister has acknowledged the reality – the reality that the party’s popularity is shrinking with each passing day.

Since March 2021, the ruling party has lost all by-elections except one in Sialkot. Those losses are not confined to central Punjab. The PTI lost in southern Punjab recently. It lost in its power base Nowshera in a by-election. The party that won 14 seats in Karachi in 2018, which is overwhelming in every respect, finished a poor fifth out of six contenders for a by-election on a seat vacated by its own MNA.

The Cantonment Board elections in September showed the party is not even popular in areas which were considered its stronghold. Losing in cantonments such as Rawalpindi and Lahore was significant. The final nail in the coffin: the KP local government elections where the unthinkable has happened. It will take time for Imran Khan and the PTI leadership to adjust to this fact – KP is no more Khan’s territory and no more invincible.

The reaction from Imran Khan has been swift. He cannot afford more losses, especially with the next phase of local government elections in KP and then where it counts most – Punjab. He cannot afford the continuous slide in his popularity but can he do anything now? Is it not too late for corrective actions? Does he have the team to overturn the depressing situation the country finds itself in today?

Most importantly, will Imran Khan and the top leadership of the party truly understand the reasons for their electoral failures? Is it simply about a wrong award of tickets? Is the party leadership suggesting that the party would have won all or most by-elections across Pakistan including the Cantonment Board and the KP local government elections if the party tickets were given to genuine party workers? That’s a very simplistic understanding. The reality is quite different.

Imran Khan and the top leadership are living in a state of denial. The reality is simple – the ruling party has completely failed to deliver on its promises during its three years of rule. Imran Khan had built up expectations more than any other ruler ever promised. The old rotten Pakistan would be completely dismantled and in its place a ‘Naya Pakistan’ would be built, he thundered repeatedly in front of large gatherings. He knew all the problems confronting the country – poor economic conditions, the pathetic education system that deprives more than 25 million children of basic education, no system in place to provide clean drinking water, poor public transportation, bad performance of public-sector entities that drain billions every year, elite capture of resources, poor governance, lack of opportunities for the people, the VIP culture, the thana/ kuchery culture, the judicial system which deprives people of justice etc. Most important: the widespread corruption by those who ruled the country – especially naming the PPP and the PMLN. The billions of dollars stashed outside by the ‘corrupt politicians’ and the billions being laundered on an annual basis. He knew the problems well. Every speech and every occasion was used to describe those problems.

But was he aware of the solutions? He had no solutions. He had no team which could provide answers or solutions. His team lacked quality, competence and capacity. They had no preparation – which became rather evident after the party came to power. He never realised the enormity of those problems. He never realised that finding a solution is far more difficult than stating a problem.

Imran Khan only mentioned that he would bring back $200 billion from outside the country – not how the money would be brought back. He never knew the complications and sadly never tried to find out either. The result is there for everyone to see: not a penny has been brought back and most probably no efforts are underway at present.

Imran Khan has miserably failed in his efforts to resolve all those problems that he promised before elections. Forty months of rule has only seen unprecedented price hikes, more unemployment and a continuous flow of people going below the poverty line. His efforts to control price hikes have backfired each time he has attempted to do so.

The PM had also talked so much about the high amount of debt taken by the two previous governments and promised to reduce it after coming into power. Instead during his tenure, total debt and liabilities have gone up by Rs21 trillion in just three years – compared to Rs24 trillion in the 10 years of PPP and PMLN tenures. He inherited circular debt at Rs1.1 trillion which has now more than doubled. The public-sector entities are bleeding heavier than at any time in our history. The list of failures is long and getting longer by the day.

Perhaps the biggest failure is on the corruption front. Not only that he failed to prove any opposition leader corrupt despite brutally using state machinery, he also showed great tolerance towards his own cabinet ministers involved in scams such as sugar, wheat, medicines, LNG and several others. Poor Pakistanis ended up paying hundreds of billions because of a few in high offices who looted and plundered while the PM watched without taking any action against those involved. The fact that corruption has gone up many times in the last three years is confirmed by none other than Transparency International.

Mr Prime Minister, it is not just about the award of tickets. That is too simplistic. It is about the many failures of your government. The lives of the poor people under your government have gone from bad to worse. That is the reality – and only if you and your leadership recognise the spectacular failures would corrective actions be possible.

From what we have seen so far, the government lacks what it takes to manage the many complex challenges that Pakistan faces. Is this the end or the beginning of the end? In either case, the situation is not so good.

The writer is the spokesperson for Nawaz Sharif and Maryam Nawaz, and former governor Sindh. He tweets @Real_MZubair