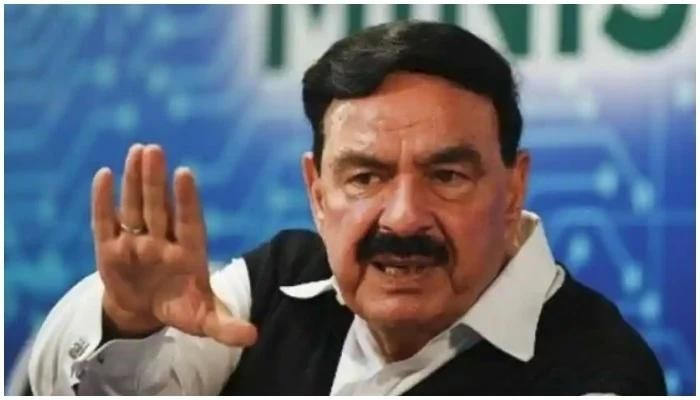 Federal Interior Minister Sheikh Rasheed has said that Nawaz Sharif’s arrival to Pakistan has been hyped for no reason. It does not make any difference whether he comes or not, interior minister told the media Wednesday.

“We have prevented the mafia group from establishing a foothold in any city,” he said, adding that they have not permitted any thugs to gain control in any city.

In response to a question, the minister said “nothing is about to happen” and that Prime Minister Imran Khan and his government will fulfil their five-year tenure by all means.

“We will contest the next elections with full force under the leadership of Prime Minister Imran Khan,” he added.

“I’m hoping that Imran Khan will bring inflation to an end in the fifth year of his tenure,” he said, adding that regardless of whether the mini budget is presented on the 12th or 15th, it’s “not going to be a doomsday”.

He added that the mini budget is Imran Khan’s effort to eradicate poverty.

If Nawaz Sharif wants to return, I will grant visa within 24 hours, pay for ticket: Sheikh Rasheed

Earlier, Sheikh Rasheed said that if PML-N supremo Nawaz Sharif wants to return to Pakistan, he will issue a “visa” to him within 24 hours and will also “pay for his air ticket”.

Rasheed made the announcement after rumours started spreading that Nawaz would possibly return to Pakistan ahead of the next general elections.