It’s hard to think up a happier or more cheerful way to slide into the weekend than perusing through a bunch of photos imagining a world filled exclusively with Frozen Berry (pink) Porsche Taycans.

We certainly like the sound of such a world, and seeing it before our eyes is a rather hilarious treat. Thank photographer Tomek Makolski for putting this series of pictures together. You might immediately assume this was a Photoshop job based on the number of Taycans in each photo, but that’s far from the truth. Every pink Taycan you see in the photos is real, and to do that, Makolski had to take multiple photos per location (moving the Taycan for each one), then layer the photos on top of one another via computer processing.

So yes, there is some Photoshop work going on here, but all the Taycans and the locations you see them in are very real. Makolski took this pink Taycan on a nearly 2,000-mile journey around Europe that both started and ended in Stuttgart, Germany. He went to Munich, the Austrian Alps, Monaco and the coast of Marseilles. This wasn’t Makolski’s first Porsche project either, as he previously put together a life-size 911 GT3 Lego series of photos. 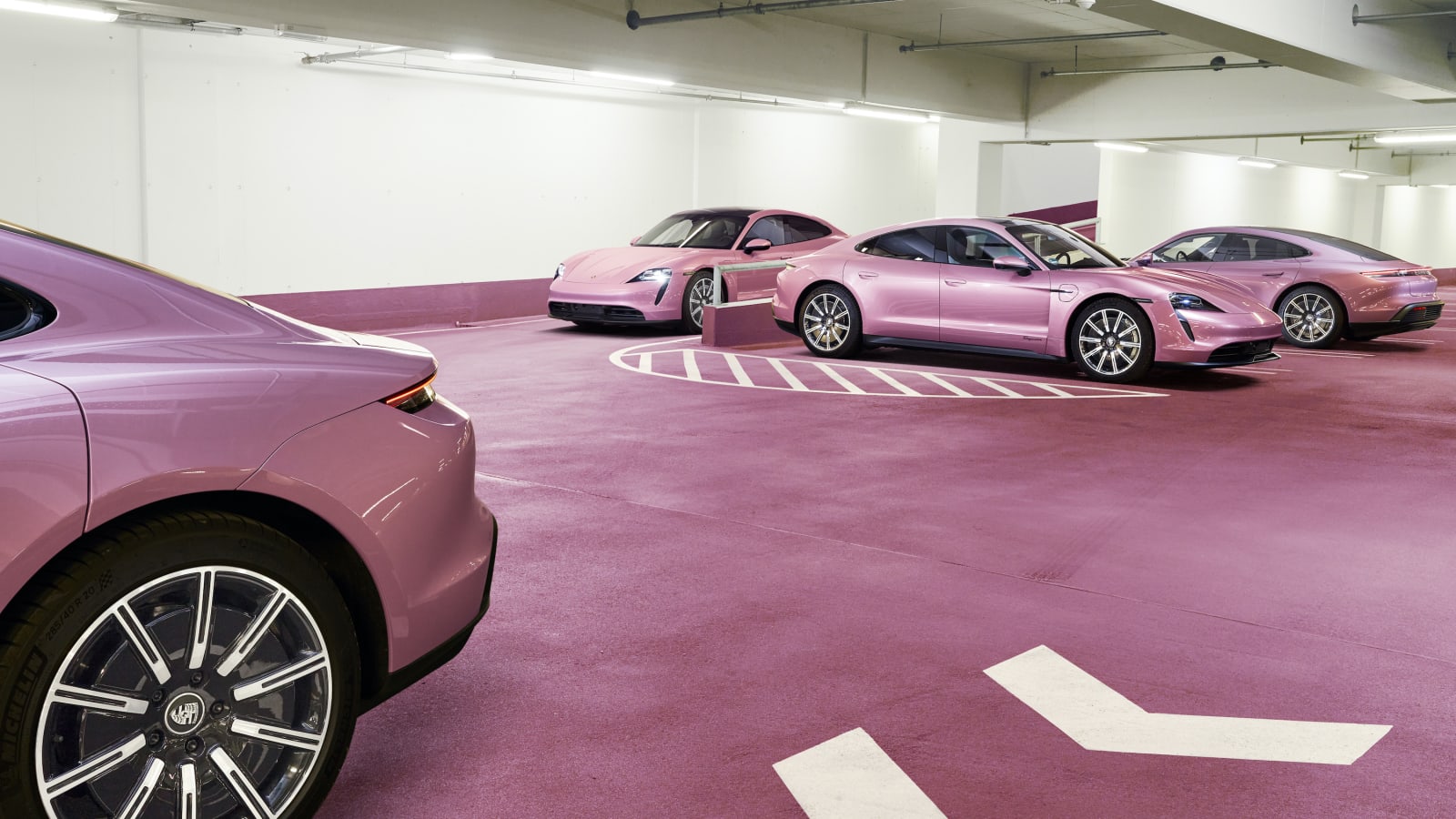 “After the Lego projects, we were talking about doing something new together, and Porsche suggested the idea of shooting the Taycan,” Makolski says. “It made me think about the future of mobility and the goal of the series became to show electric cars being that much more prevalent on the streets.”

That goal appears to be more than accomplished, as pink Taycans are everywhere and anywhere in this series of photos. Happy viewing!