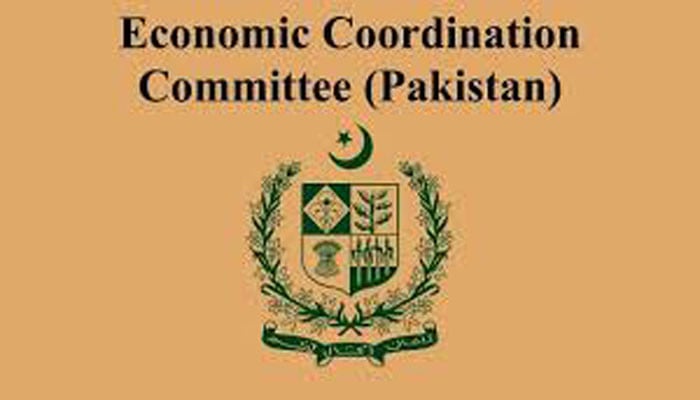 ISLAMABAD: The government on Wednesday finally took the much-awaited measures to curtail the rising imports bill and slapped increased Regulatory Duty (RD) on the import of Electric Vehicles and other cars of 1500cc and above.

The Economic Coordination Committee (ECC) of the Cabinet made some modifications in the summary tabled by the Tariff Board and slapped 10 percent Regulatory Duty on import of Electric Vehicles of 1500cc or 50 kWh battery against the Tariff Board’s recommendation of imposition of 27 percent RD on its import. On other cars (Completely Built Unit), the RD was increased from 15 percent to 50 percent. On cars of 2000cc and above, the RD was increased up to 100 percent.

Three proposals were tabled before the ECC as the Electric cars, the forum approved to slap 10 percent RD. On Hybrid cars, the ECC approved jacking up the imposition of Regulatory Duty from 15 to 50 percent. On normal imported cars (Completely Built Unit-CBU) the RD was increased from 15 to 50 percent on cars having 850cc and above. While on cars of 2000cc and above the RD was imposed at rate of 100 percent.

The ECC also approved 5 percent RD on Soda Ash and it was told during the ECC meeting that it was being dumped in the country because of devaluation occurred in Turkey. On one textile product, the RD was reduced.

The ECC did not make any change on imported cars below 1500cc in the meeting. The Tariff Board presented three different proposals before the ECC in its summary and the forum approved jacking up the RD on cars import with modification of rates in order to reduce the import bill. There are some other raw materials and inter-mediatory goods on which the RDs were slashed down.

At one point in time, Finance Minister Shaukat Tarin had announced that the government was considering imposing a ban on imported cars for six months but after stiff resistance from the Ministry of Commerce and Industries, the government changed its mind and has now jacked up RDs on cars of 1500cc and above on Completely Built Unit (CBU).

The Ministry of Commerce submitted a summary for rationalization of tariff on import of vehicles and other items requested by MOIP & other sectors. The meeting discussed the summary in detail and approved recommendations of the Tariff Policy Board with some modifications. The forum also decided to review some recommendations related to the automotive sector after six months.

The Ministry of Industries and Production tabled a summary for the import of urea from China by TCP. The ECC after deliberation allowed import of 50,000 MT of urea on GoG basis with People’s Republic of China on immediate basis subject to clearance from the PSQCA. The TCP was also tasked to negotiate the price with Chinese supplier authorized by Govt of China for further import of urea.

When contacted, former Adviser to the Ministry of Finance Dr Khaqan Najeeb said that the provisional trade data released by the Pakistan Bureau of Statistics (PBS) paints a worrisome picture of balance of trade. Imports continue to remain highly elevated. Imports in December 2021 were clocked at $7.6 billion; only a paltry drop from $7.9 billion in Nov 2021.

He thought that the issue of persistent high imports was concerning, considering the massive rupee adjustment that has made imports dearer, increase in policy rate of 2.75pc, increase in L/C margin and other steps taken by the government and SBP.

He said that the government had been contending that few one-off imports had increased the import bill till November, which were over and done with. He suggested that a thorough analysis by professionals is needed to break the import data, analyse the quantitative and price effect and devise a further course of action.

He was of the view that looking at non-tariff barriers would also be helpful. He, however, stressed that in the longer run, developing local industries, moving away from reliance on imported energy and especially work on agriculture productivity rather than importing lentils, sugar, cotton, edible oil and wheat is the only way for Pakistan. At the going rate, trade deficit for FY22 could potentially hit $50 billion dollars, that is a massive 16pc of GDP. In such a scenario, the gross external financing requirement could exceed the envisioned $26 billion.