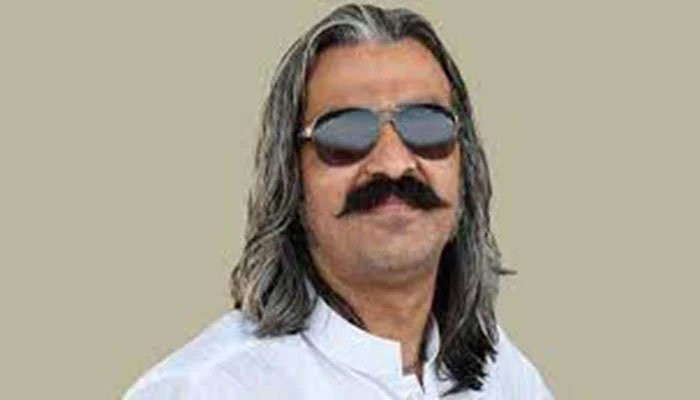 The local government elections will take place on December 19 in 17 districts across Khyber Pakhtunkhwa.

According to a report in Dawn, Gandapur, while addressing a rally during the election campaign of his brother, Umar Amin Gandapur, who is a candidate for the city mayor’s slot, had threatened the opposition with dire consequences.

Dera Ismail Khan Regional Election Commissioner Ijaz Ahmad, who is also the district monitoring officer for the LG polls, had summoned Gandapur on Monday, December 6, following complaints that the minister had violated the code of conduct.

The regional election commissioner issued a warning to Gandapur that he would refer the matter to the commission for the initiation of legal proceedings against him and lead to eventual disqualification under Section 234(4) of the Election Act 2017 if he was found involved in any violation of the ECP rules for the second time.

The order issued by Ahmed stated: “The respondent was heard where his arguments could not satisfy the undersigned. He also accepted the violation of the code of conduct. The undersigned orders imposition of Rs50,000 fine on the respondent that is to be deposited in the exchequer by December 10.”

On Wednesday, the ECP cautioned PM Imran Khan against visiting Peshawar ahead of the local bodies election in Khyber Pakhtunkhwa.

In a letter penned by the Peshawar regional election commissioner, the prime minister was told that it had come to the ECPs’s notice through a news report published by Dawn that the premier is expected to visit Peshawar today (Wednesday) to launch the Pakistan Card Initiative.

“[…] your attention is drawn towards instructions contained in ECP’s notification No. F. 16(1)2021-LGE-Kp, dated 4th November, 2021 […] regarding restriction on visiting the area of any local council and announcing any development scheme after issuance of the election schedule,” the letter read.

It referred to the relevant provision of the ECP’s Code of Conduct, restricting the president, prime minister, speaker, deputy speaker of any assembly, chairman and deputy chairman of any Senate, federal or provincial ministers, chief ministers, advisers to the prime minister or any holder of a public office from visiting an area where an election is being held.

The ECP warned PM Imran Khan that the Commission would take legal action against him under the Election Act, 2017 if he violates the Code of Conduct.