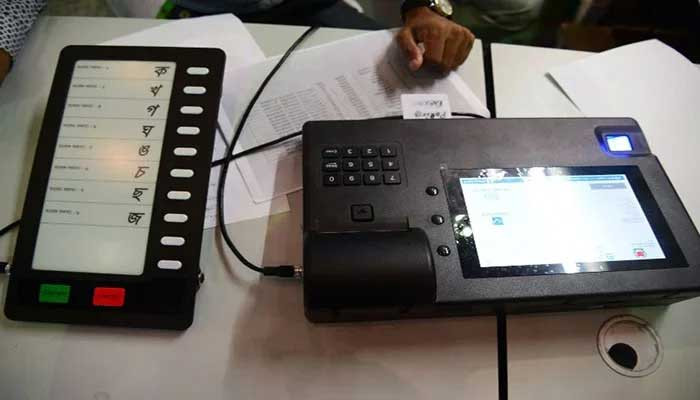 ISLAMABAD: The Election Commission of Pakistan (ECP) will only take a decision on holding elections using electronic voting machines (EVM) if the Commission is “fully satisfied”, The News reported Tuesday, citing informed sources in the ECP.

ECP is doing everything it can to do what the government wanted through recent legislation, which asks for elections to be held using EVMs, these sources said. But the ECP will not take the decision to hold polls through EVMs under any pressure because of the sensitivities involved, the sources added.

“We will do it only if we are fully satisfied,” the source, holding a key position in the Commission, told The News.

If general elections are held in Pakistan through EVMs, it is expected to be the world’s biggest e-voting experience, with 120 million voters casting their votes in just one day.

Informed sources in the ECP said no other country has done so far what is expected from the Commission in the 2023 general elections.

While there are admittedly more voters in India than Pakistan, elections there are held in many phases on a state-to-state level, said these sources.

The viability of the EVM system

Referring to the three committees constituted by the ECP recently to deliberate on the viability of the EVM system, the sources said that the committees were given four weeks to firm up their proposal.

It is said that the committees have made their interim reports, which will soon be discussed by the Commission.

There is a main committee, headed by the ECP secretary, assigned to deliberate on the entire electoral process in light of the changes required for the new electronic voting system. This committee has detailed terms of reference under which it must study different formats implemented in different countries. The main committee also discusses the issue of most suitable systems that could be adopted for Pakistan besides deliberating on matters like procurement, safety and the storage of the machines.

The second committee was set up under the ECP additional secretary and assigned to discuss the financial aspects of the new system of voting. This committee will investigate how much the new system will cost the public kitty.

The third committee was set up under the law director-general to assess the present laws and suggest the changes required in the Constitution, law and rules to switch over to the EVM system.

The ECP sources said that following the government’s keenness on using EVMs, it agreed to hold the local government through EVMs but later government ministers themselves said that only direct elections of Nazims could be held through the EVMs.

These sources also explained that although the government is pressing the ECP to rush the purchase of EVMs, it can’t do so because of the requirements of the tendering process, which need to be followed and can’t be ignored.

Some elements in the government are pushing for the purchase of EVMs from a Dubai-based company, the sources said.

It is said that the government has been told by the ECP that if the said machines are required urgently then the only possibility is to go for a government-to-government deal.

In case these Dubai machines are not produced by a private firm, the tendering process has to be followed. It is said that in the past, when the ECP conducted a by-election through EVMs as part of its pilot project, the machine’s procurement process took nine months.