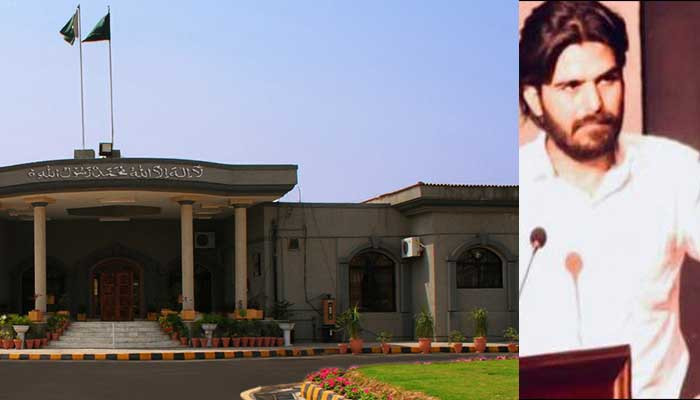 Naro, a journalist from Lahore, went missing in August 2018. The IHC CJ said the presence of the Commission for Missing Persons is a violation of Article 16 of the Constitution. Attorney-General Khalid Javed Khan informed the court that Naro’s family had met with the prime minister, who had issued special instructions. Additionally, he had requested the court to give him some time as the government was viewing the matter very seriously, reported Geo News.

Justice Minallah said the court cannot locate a missing person regardless of the state’s will and that the Commission on Enforced Disappeared Persons is also unconstitutional because “it is attended by only families that have been assigned a date.”

The court noted that the minister for human rights is enacting legislation when there is no need for legislation. He said there are thousands of families who are being neglected by the state, adding that there can be no state within a state, and no one has been traced to date. “It is a direct violation of Article 6 of the Constitution.”

The AGP stated that the issue of missing persons did not begin during the current government’s tenure, but was rather inherited by the current administration, as people write books after retirement.

According to Justice Minallah, everyone becomes a Sufi after retirement. The AGP stated that there is a history to this matter and there are numerous instances of people crossing the border voluntarily and going to Afghanistan for jihad. He said that now is the time to put an end to all of this.

Remarking that it is a journalist’s job to criticise, the AGP added that Mudassar Naro has only “criticised” and has not committed any crime. Why would he be abducted? he asked. The IHC CJ stated that the court could ask citizens to file a complaint citing Article 6 against the-then chief executive during whose tenure the journalist went missing. The problem, according to the court, is people blaming each other and refusing to accept responsibility. Justice Minallah added that a “hall of shame” should be erected with the photos of all the chief executives.

To this, the AGP asked, “Why is there a need for that?” He stated that some diseases are not curable by court orders, and individuals are forced to come out on to the streets. “What should the court do, Mr. Attorney General?” the IHC CJ asked and added that the court expected the federal cabinet to play its role.

Speaking about the media’s role, Justice Minallah said that “We have no idea if the media is free or not”. Otherwise, the photographs of missing people would have been published on the front page, he said.

According to Advocate Inam-ur-Rehman, the prime minister and the Cabinet are responsible for the state’s violation of fundamental rights, and the media is under pressure not to report on the plight of the missing persons’ families.

The court noted that it could not be more painful if the state was involved in a crime. “They should help the court. Who should be held accountable for the disappearances?” “The Commission for Missing Persons’ very existence is a breach of Article 16,” he stated.

According to Justice Minallah, this is a test case for the state’s reaction and the response should be obvious, and it should be clarified that it is not the policy of the state to have a person go missing. The IHC said that the court can only make a decision. “If you assist, we will issue an order,” the court said.

The IHC CJ further inquired about the attorney-general’s and lawyers’ time commitments to the court. To this, advocate Iman Mazari stated, “I am ready to assist the court on this matter tomorrow”.

The AGP, meanwhile, responded that he wished he could say that he is available tomorrow, but that he needed some more time to assist the court. After hearing the arguments, the IHC deferred the case of journalist Mudassar Naro’s disappearance till January 18.

At the outset of hearing, the IGP adopted the stance that production orders against two people out of three had been issued. He said production orders for missing person Umer Abdullah and Ghulam Qadir were issued on November 10, 2020 and October 10, 2020, respectively.