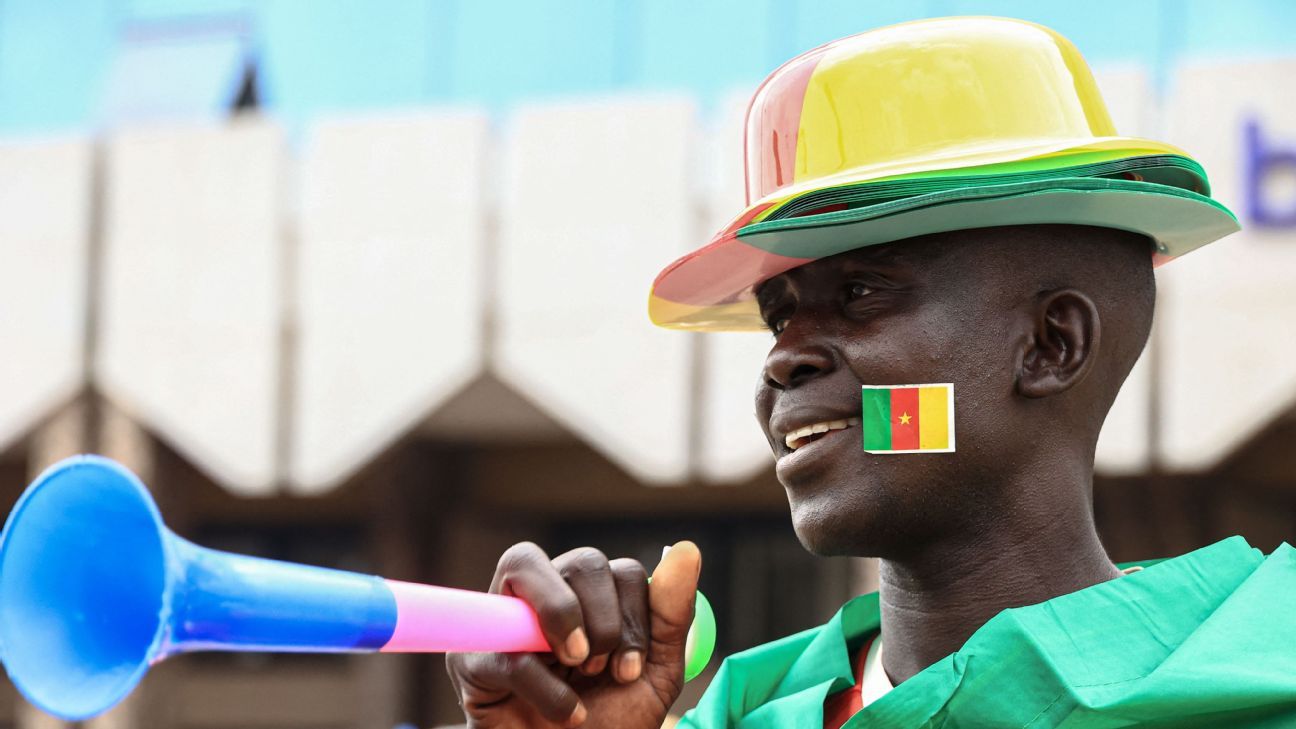 The Africa Cup of Nations, delayed from 2021, takes place in Cameroon from January 9 to February 6, albeit with a large and rapidly growing coronavirus cloud hanging gloomily over it.

The continental showpiece tournament comprises of 24 teams, split into six groups of four. The group stage takes place from Jan. 9, with hosts Cameroon kicking the tournament off against Burkina Faso, while the knock-out rounds start on Jan. 23.

Ahead of the tournament, a number of big names either had to withdraw, due to club issues or delayed participation after testing positive for COVID-19, including Nigeria‘s Odion Ighalo and Emmanuel Dennis, and Gabon‘s Pierre-Emerick Aubameyang and Mario Lemina. Ivory Coast also lost goalkeeper Sylvain Gbohouo to a prohibited substance ban.

It’s hard to look beyond the reigning champions Algeria, who have played 33 matches without defeat since October 2018.

Who will win the AFCON Golden Boot?

Africa’s finest attackers are set to descend on Cameroon in January as the continent’s top sides compete for the Africa Cup of Nations, but who will go home with the top scorer award?

Nigeria interim head coach Augustine Eguavoen named his 28-man squad for the 2021 Africa Cup of Nations on Christmas day, and it features more dual nationals than ever before. Six of the 28 players were either born or raised abroad. That is the highest number of dual nationality players, born or raised outside Nigeria, to be named in a tournament squad.

‘No excuses’: Nigeria interim coach Augustine Eguavoen aims to make the most of another AFCON tilt

It must feel like deja vu for Super Eagles interim coach Augustine Eguavoen, who was in charge of the Nigeria team at the Africa Cup of Nations in 2006 and saw them to a bronze medal. Fifteen years later, he has returned to lead the team back to the tournament and then make way for someone else, this time for Jose Peseiro, who will take over from Gernot Rohr.

A scout’s paradise: Five players who got their big break at AFCON

In the tournament’s history, some of Africa’s hottest talents have used the AFCON as a platform to secure a move to European football and the riches that can await across the Mediterranean. ESPN remembers five African players who made the move to Europe on the back of a Nations Cup, and profile some emerging stars who could follow in their footsteps in 2022.