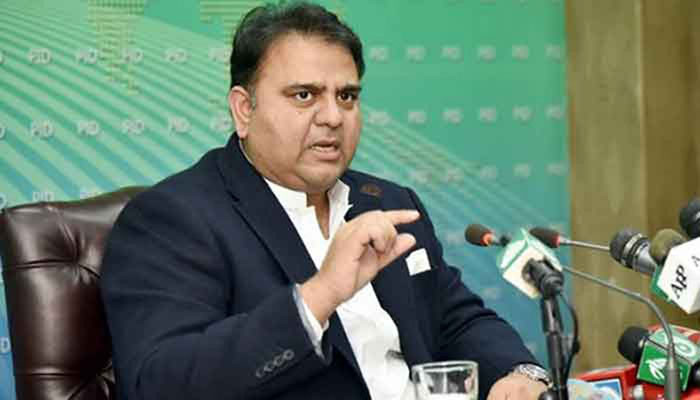 ISLAMABAD: Federal Minister for Information and Broadcasting Chaudhry Fawad Hussain Thursday said an impression of expensive election due to the electronic voting machines (EVMs), given in the media, was wrong as the cost of polls through EVMs would be equal to the cost of general election.

He explained that since EVMs would not have to be bought again and again, hence the election process would become cheaper instead. He was giving briefing on the Pakistan Tehreek-e-Insaf (PTI) core committee meeting, presided over by Prime Minister Imran Khan, which reviewed inflation and local government (LG) polls.

He said Punjab LG elections would be held through EVMs and the provincial government had already amended the law. He said that Punjab’s new Local Government Act would be passed in a few days, which would pave the way for local governments in Punjab.

The minister said the Election Commission of Pakistan (ECP) was moving in the right direction. “Formation of technical committees would show how we have to conduct elections through EVMs and those committees would provide evaluation on the use of machines.

“The government will provide whatever help is needed for holding elections through EVMs,” Fawad said. Replying to a question about PMLN leader Shahid Khaqan Abbasi’s news conference on inflation, the minister said the cut in SPI by 0.67 per cent was very welcome development and in the coming days, things would further improve, as the government was making utmost efforts to minimise global impact of inflation on Pakistan.

He added that Abbasi should first sit with Pakistan Bureau of Statistics to understand the system, as majority of the PMLN leaders did not understand the system, adding he enjoyed no credibility because the policies he and the PPP and the PMLN gave, were yet to be gotten rid of. “Due to these policies, our dependence on foreign factor is still there. Otherwise, things will not have been, as these are. It is before you that our imports are much more than our exports and that is why dollar is going up,” he noted.

He continued that when Abbasi assumed charge of ministry of petroleum, the gas department had no loan liability and when he left as minister, it had liability of Rs157 billion. “We have not been able to get rid of his policies to date,” he noted.

About the opposition decision to boycott the security committee session, the minister said the opposition was not willing to sit anywhere and not even the parliamentary committee meetings. In fact, they are a gathering of exhausted wrestlers. He claimed the PDM [Pakistan Democratic Movement] was already in tatters.

To another question, he said that the opposition was not interested to get allayed its apprehensions and reiterated invitation to them to sit across the table for big reforms with their own proposals. “In fact, they don’t favour reforms, as the present system suits them and they don’t want any improvement in it,” he said.

About the PAC members meeting with Prime Minister, he explained that some MNAs presented proposals on how to make the public committee more effective and its role be enhanced.

He said that new structure of local body elections would be installed in Punjab and very positive talks had been held with allies in this regard.

The minister noted that PM’s aide Sania Nishtar gave a briefing on various social welfare programmes in the core committee meeting: Ehsas programme and health card programme is a big project. Health card project for Punjab would be worth of Rs350 billion and all the people of Punjab would get treatment facility up to Rs1 million and such a facility was not available in any developed country.

“We urge the Sindh government to join this program so that every person can benefit from it,” added Fawad. He noted that this will be the first programme in which ministers and advisers would not benefit; perhaps that was why the Sindh government was worried, he said sarcastically.