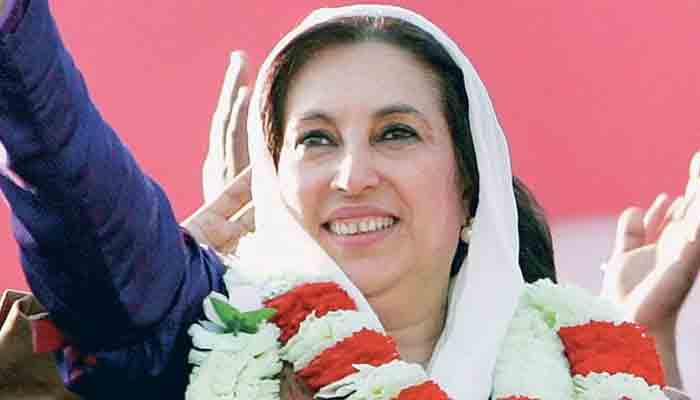 Bhutto, a former chairperson of the party and two-time ex-prime minister of Pakistan, was assassinated in a gun-and-bomb attack in Rawalpindi’s Liaquat Bagh on December 27, 2007.

The slain former prime minister was campaigning for the party in the 2008 general elections when she was targeted and killed.

The PPP has announced it will observe her death anniversary by ensuring coronavirus standard operating procedures (SOPs) are followed.

A public meeting of the party will be held, which will be addressed by PPP Chairperson Bilawal Bhutto-Zardari, Aseefa Bhutto-Zardari, Nisar Ahmed Khuhro, Chief Minister Sindh Murad Ali Shah and other party leaders.

A documentary, depicting the life and achievements of Benazir Bhutto will also be shown on the occasion. Separate camps have been set up to accommodate leaders and workers from all four provinces, Gilgit-Biltistan, the Northern Areas and Azad Kashmir.

PPP leaders and workers started reaching Garhi Khuda Bux Bhutto on Saturday where a mushaira has also been scheduled in front of the tomb of Benazir Bhutto.

Deputy Commissioner Larkana and SSP Larkana Sunday told journalists that special security and traffic arrangements would be made at the anniversary.

“The country is dearer to us than our lives and we will not compromise on its freedom, dignity and respect,” said Asif Zardari in a statement on Saturday. He expressed concern about Pakistan’s economic situation and the state of affairs its foreign affairs were in.

Zardari said there have been constant attacks on the dignity and authority of the Parliament which his party has always protected, adding that he would not let Benazir’s sacrifice go in vain.

Bilawal paid tribute to his mother, saying that the nation will never forget her services and sacrifices for democracy.

He mentioned in his message on the eve of his mother’s death anniversary that her struggle to make the country a true welfare state in the light of the thoughts and vision of its founding ancestors was historical.