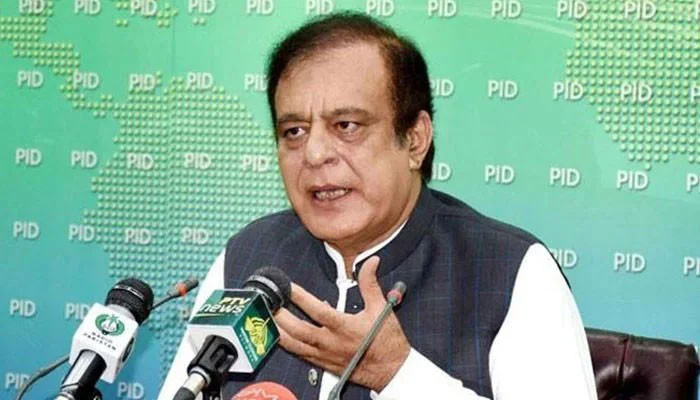 Talking to The News, the minister said that neither the locally made EVMs nor those available globally are designed for the type of local government elections we have in Pakistan.

He explained that the EVMs could be used only for direct elections of Nazims of tehsils and districts for which there is only one panel of contestants.

Shibli Faraz said that in our local government elections there are multiple panels for different types of seats. The EVMs are not designed to deal with such elections, he said.

The minister said that he will personally speak to Chief Minister Punjab Usman Buzdar, who recently decided to hold local government elections in the provinces by using EVM technology.

A few days ago, the Punjab government took this decision and claimed that it would soon undertake the necessary legislation to amend the Local Bodies Act to include the use of EVMs into law.

It was recently reported that Punjab Chief Minister Usman Buzdar has approved amendments to the Local Bodies Act, under which local bodies elections in Punjab will be held via EVMs. The chief minister was quoted as saying that parliament had already made a law to legalise elections by EVMs and the provincial government would also conduct the necessary legislation for holding elections on EVMs.

On the other hand, the Election Commission demanded that it wanted to see the new draft Local Government Amendment Act by the Punjab government for holding the coming LG polls under EVMs. The ECP has asked the Punjab government to submit the local bodies draft law by the first week of December to facilitate the commission in evolving new delimitations of constituencies.

Earlier, Punjab Election Commissioner Ghulam Israr Khan had said that if the provincial government did not provide the necessary documents for holding the local bodies elections under new laws, then the elections would be held under the old laws within 120 days after December 31, the date when the existing local bodies’ term will expire.

The Punjab government’s decision was widely seen as taken in indecent haste without waiting for the outcome of the Election Commission of Pakistan’s deliberations on the matter.

The News recently reported about the constitution of three high-level committees by the Election Commission of Pakistan to assess the practicality of using the electronic voting system in the next general election.

Sources in the ECP had told The News that although the commission was trying, it might not be possible to switch over to the electronic voting system in such a hurry. “It took years for other countries to even start but we are expected to do it from scratch in a couple of years,” a senior ECP source had said.

The three committees are deliberating on the entire electoral process that needs to be developed in the light of changes required for the new electronic voting system besides discussing the financial implications and legal changes required.