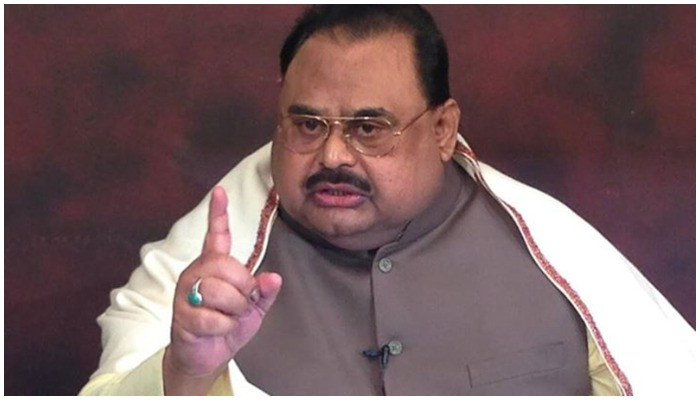 LONDON: The jury at Kingston Crown Court heard from an expert witness that it was true that Altaf Hussain’s followers in the Muttahida Qaumi Movement (MQM) were subjected to extrajudicial killings but she also stated the MQM founder spoke of “meeting violence with violence” in an all-out war for the rights of Mohajirs.

Doctor Nichola Khan, a senior lecturer at Brighton University and author of “Mohajir Militancy in Pakistan: Violence and Transformation in the Karachi Conflict”, has produced a written report on MQM for the Kingston Crown Court. Hussain has been appearing daily for a week now concerning his trial for his terror-inciting speech.

Dr Khan told the jury about the history of the MQM, Pakistan, Altaf Hussain, the role of Rangers in Karachi, the formation of the All Pakistan Mohajir Students Organisation (APMSO), Afghan jihad and its effects on Karachi, the role of the law enforcement agencies, the quota system and how things led up to the events of August 22, 2016, when the MQM leader made the controversial speech that led to him being charged for an act of terrorism.

Appearing before the jury as an expert witness, Dr Khan answered questions of lawyers from both the prosecution and defence teams.

The academic informed the jury that the MQM was founded over the grievances faced by the Urdu-speaking Mohajir community and Altaf Hussain emerged as one of the strongest political leaders in Pakistan.

Dr Khan told the court that the MQM became so powerful under Hussain’s leadership that “it was able to shut down Karachi” and it would be “dangerous to travel on roads.”

She told the court that although Hussain left for London in 1992 but
“enjoyed full power over the party and Karachi’s politics,” adding that the “MQM ran welfare schemes but also had a militant wing which the party never owned publicly.”

Dr Khan told the court that “Hussain was able to manage successful strikes in the largest city of Pakistan” and each strike would cost Pakistan around £37 million per day, according to the Karachi Chamber of Commerce. She said the year 1995 saw 32 strikes in the city.

The expert described the MQM as a “moderate political party but not completely secular.” She added that the “MQM supported women rights and has more women representation than any other political party.”

The expert witness told the jury that “Hussain expressed solidarity with Baloch groups when a crackdown in Balochistan was launched in 2015 as the MQM workers were at that time worried that a crackdown of the same nature could be launched against them too.”

After an attack on the Karachi airport, the MQM protested when a local paramilitary force gained lots of powers because the party thought that these powers would be used ultimately used against them, she stated.

The expert told the court that by 2016, the ‘MQM’s power had diminished.” She explained the context of the ban on Altaf Hussain’s speeches by the Lahore High Court and informed the jury that after Hussain’s August 22 speech two TV stations, ARY and Samaa, were attacked.

“There was gunfire,” said the expert, adding: “One MQM worker was killed in the violence, allegedly by the police. Police vehicles were [also] torched.”

The expert also shared that Hussain had “asked his followers to march towards offices of Geo News and two other channels during his August 22, 2016, speech with the ultimate objective to shut down the transmissions because the channels were censoring his speeches.

Geo and ARY were referred to as the ultimate objective of the gathering after the Rangers headquarters, according to the prosecution.