Noor Bukhari lashes out at doctored images of Saba Qamar

Saba Qamar’s navy blue evening dress from her recent birthday celebrations has sparked an outrage, with the actor receiving flak from the moral brigade categorising her outfit as inappropriate and un-Islamic. To sum up the criticism, a follower had photoshopped a hijab and extra clothing on the starlet’s exposed skin which went viral on the internet. However, former Lollywood star Noor Bukhari did not approve of the doctored image and took the matter into her own hands. Bukhari, who is known for her vocal personality, reposted the image on her Instagram stories and expressed disappointment over the fan creation. 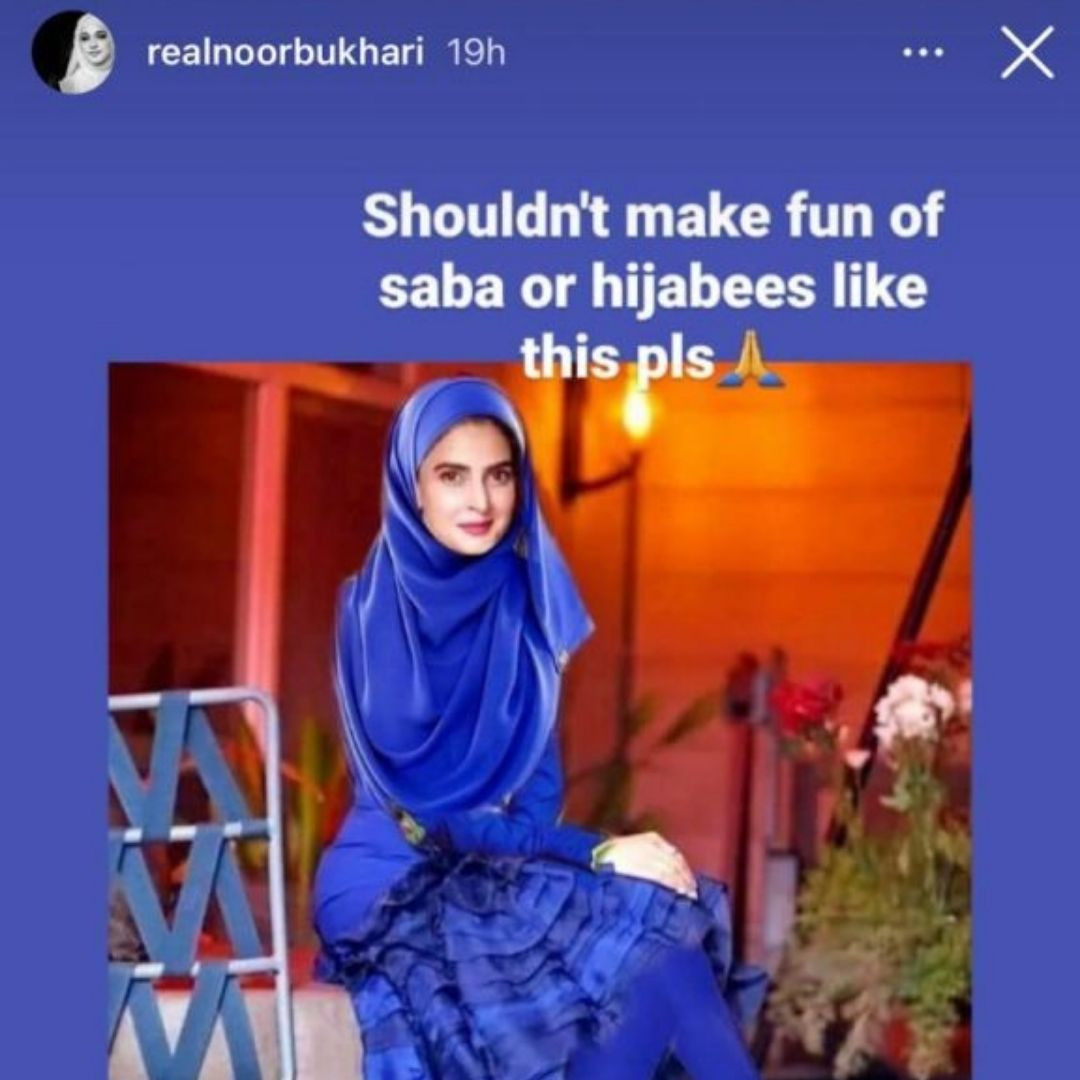 She penned, “Shouldn’t make fun of Saba or hijabis like this please.” On the other hand, the Lahore se Aagey actor found the picture hilarious and re-shared it on her Instagram.

Previously, Bukhari had criticised a bride for wearing revealing clothes during her wedding nuptials, resulting in her followers leaving hateful comments under the original photo. Another actor named Zoya Nasir had called out Bukhari for the same, resulting in a heated debate between the two, until the latter eventually apologised to Nasir. Bukhari quit showbiz and turned to religion in 2017, in an attempt to seek contentment and heal after her divorce.