Sneaker Company Atoms has teamed up with the Queer Eye and Next in Fashion star Tan France to release a special edition shoe.

France being of Pakistani origin and Atoms being a local brand owned by a couple based in US, the shoe collaboration is exactly what we needed to kick start 2021. The limited-edition pastel-blue shoes will last from February 23 to March 2. The company states that the shoes “bring together two of style expert Tan France’s favourite things: Ultra-comfort and white sneakers with stripes.” 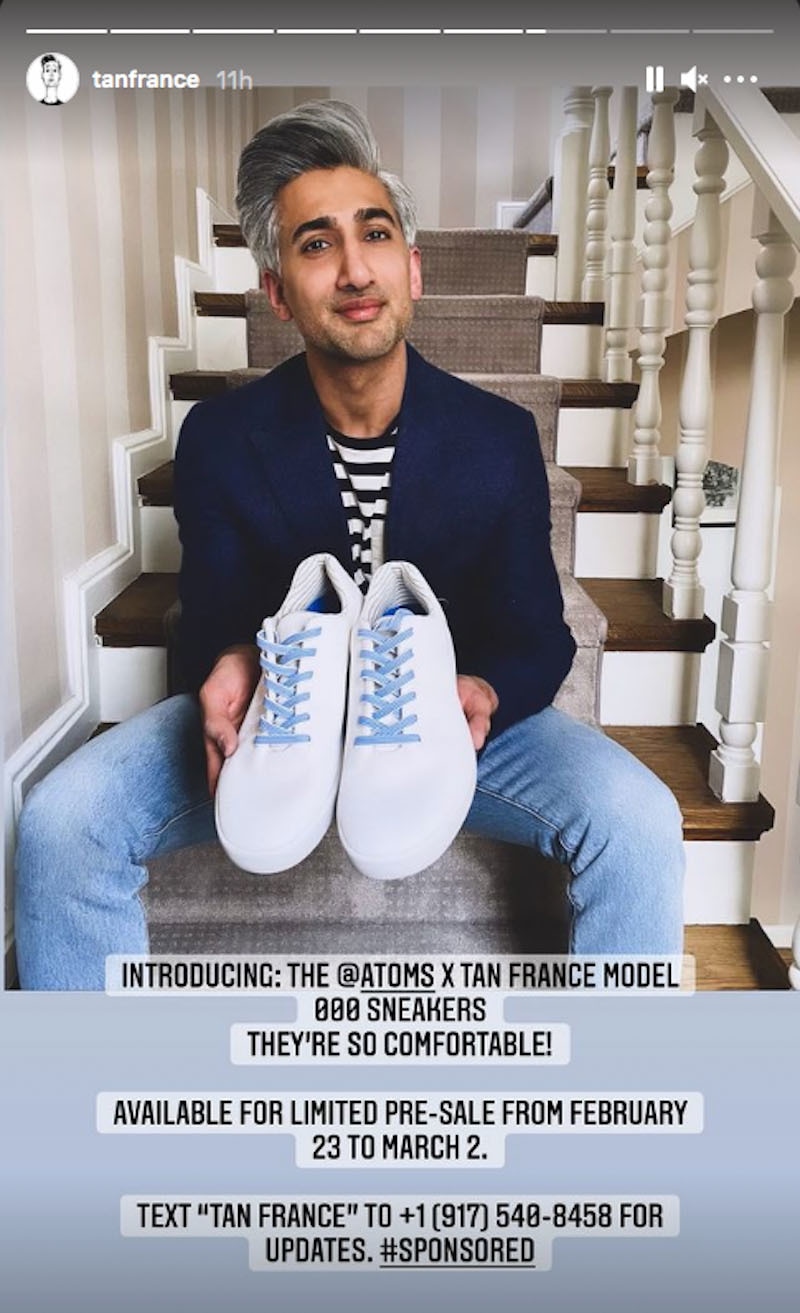 France is quite popular among the South Asian community, primarily because of his Pakistani origin. Tan short for Tanvir, his father is originally from Pakistan whereas his mother is partly from India. Every time France takes over social media with something new, fans make sure to peek through his thoughts about his cultural identity.

Earlier, France had received a ton of backlash for vaunting an Indian designer kurta to an award show. He claims that he did not know any Pakistani designer back then as he spoke with Hello! Pakistan. “I got so much flack when I wore Indian designers at the Emmys. I don’t know any Pakistani designers — they don’t have great social media accounts so it makes it really hard,” he said.

However, the 37-year-old has now discovered Atoms, owned by a couple from Okara, Punjab, and fans are thrilled to see him flaunt the pair of shoes.