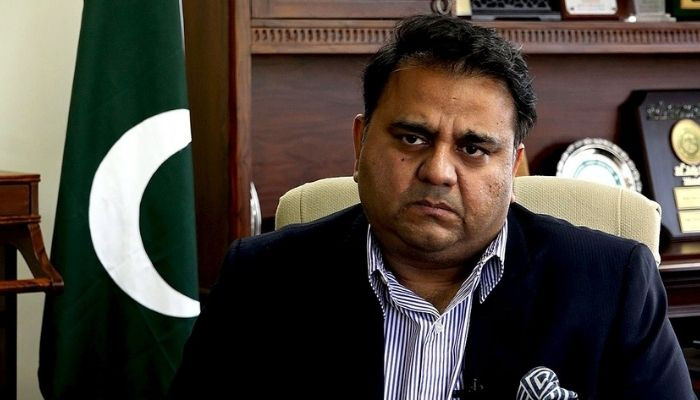 ISLAMABAD: While condemning the Sialkot incident that shook the nation, Federal Minister of Information Fawad Chaudhry Saturday said that “time bombs that we planted in society will continue to explode if not defused”.

In a series of tweets on Saturday, Fawad slammed the apathy towards such incidents and warned that it will lead to a bigger tragedy.

“I’ve been thinking what to write to condemn the Sialkot incident since yesterday, words have become useless. Such incidents only affect us for 48 hours, after which everything returns to normal.

“Until the next such incident occurs, our conscience remains buried; this apathy is an indication of a bigger storm. Blood has been spilled in the countries due to people’s dead conscience,” he remarked.

A Sri Lankan national, working as a manager at a private factory on Wazirabad Road in Sialkot, was tortured to death by a mob over allegations of blasphemy on Friday — dubbed by Prime Minister Imran Khan as “a day of shame”.

The manager, in charge of production at the factory, was identified as Priyantha Kumara.

District Police Officer Omar Saeed Malik said the workers of the factory beat him severely, leading to his demise.

The employees also vandalised the factory and blocked traffic, according to the police. Upon receiving a report of the incident, a heavy contingent of police reached the spot and tried to control the situation.

Meanwhile, the police have arrested more than 100 suspects, including the two main accused, in the Sialkot incident and registered a case in this regard.

According to a handout issued by the Punjab police spokesman, a case has been registered under the provisions of the terrorism act on the police complaint.

He said the role of the arrested people involved in the incident is being determined through the CCTV footage.

The spokesman said all the accused involved in this tragic incident would be arrested soon and brought to justice.