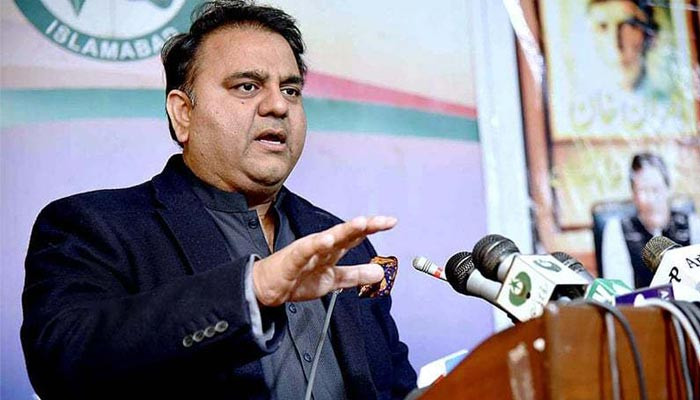 FAISALABAD: Federal Minister for Information Fawad Chaudhry on Monday spoke about the future elections in the country and vowed not to “budge an inch from the accountability process”, Geo News reported Monday.

In a statement, Fawad said that Prime Minister Imran Khan had won the 2018 elections on the agenda of accountability, therefore, voters think that the process of accountability should be completed.

“We will not budge an inch from the accountability process,” he said, adding that the PTI-led government has recovered the money that corrupt politicians had looted from the national exchequer.

Fawad said that the PTI is the biggest party in the country while Pakistan Muslim League PML-N has been reduced to contest in regional politics only.

Meanwhile, he also criticised the PPP and said that the party has “deprived the citizens of Sindh of the health card facility.”

Terming JUI’s victory in the recent local bodies election in Khyber Pakhtunkhwa as an “unfortunate incident”, Fawad said that it is lamentable that Maulana Fazlur Rehman is leading national politics.

“Failure of major political parties in the country pave way for sectarian-based parties and that is harmful to the country,” the minister said.

He also said that the local bodies elections in Khyber Pakhtunkhwa were the “cleanest and the most transparent in Pakistan’s history”, therefore, the government wants to have a similar, proper system for free and fair elections in the country.