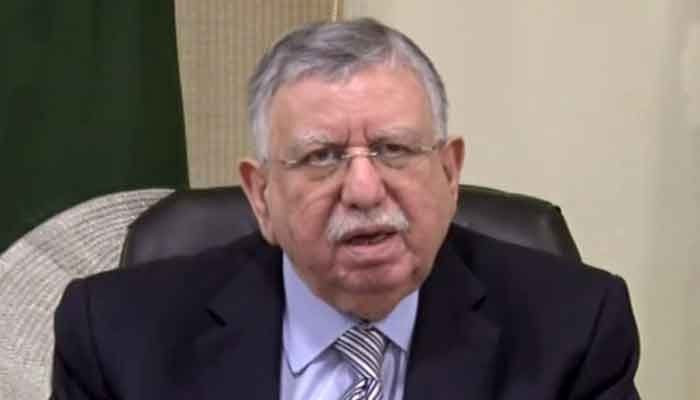 During an appearance on the Geo News Programme, Aaj Shahzaib Khanzada Kay Saath, Federal Minister for Finance Shaukat Tarin said that the International Monetary Fund (IMF) wants us to remove tax exemption from the provident fund and that this will create a burden for the poor.

Therefore, the government will negotiate with the IMF on the matter of tax exemption on provident funds, he added.

He also said that the IMF is against the fertiliser industry getting a subsidy on gas.

He said that prices of petroleum products can’t be artificially reduced in the country. If the international market witnesses a hike in prices, the government will have to shift this burden onto the people.

He further hesitated to back the government’s decision to maintain unchanged petroleum prices for the first 15 days of February, saying that though this decision is popular, it is not going to sustain for a longer period.

On January 31, Special Assistant to the Prime Minister on Political Communication Shahbaz Gill said, “The prime minister did not approve the summary of increasing petrol prices by Rs11 and diesel by Rs14.”

Therefore, the government has decided not to increase the prices of petroleum products for the first 15 days of February 2021.

The Finance Minister also shed light on the next fiscal year budget and termed it a challenge for the government.

He was of the view that the government would be under pressure at the time of presenting the next budget due to upcoming general elections.