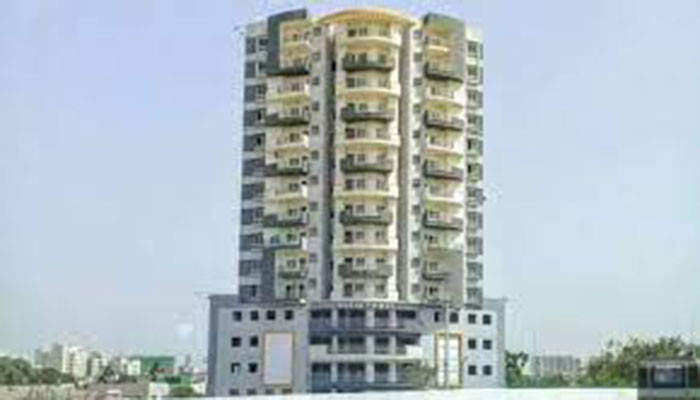 KARACHI: On the Supreme Court orders, the Ferozabad Police on Tuesday registered a case against those involved in the construction of Nasla Tower. However, no arrest was made in the case.

The FIR was lodged on behalf of the State and the complainant was SHO Ferozabad Police Station Khushnood Jawed.

The Nasla Tower plot was situated at the main Sharae Faisal (SMCHS) and the court ordered the commissioner Karachi to inquire about the documents and the departments involved in the construction of Nasla Tower.

The commissioner Karachi in his report submitted that the plot was 780 square yards and was allotted to Abdul Qadir by the society. However, builder Abdul Qadir and his partners in connivance with the officials of SMCHS, SBCA, MPD and others encroached about 341 yards more land of the service road, adding the builder constructed the Nasla Tower on 1,121 square yards with shops and flats and sold them.

The SHO lodged the FIR against chairman and secretary SBCA, SMCHS officials and officers and director and deputy director MPD and also other departments involved including the builder Abdul Qadir and his companions. Further investigations are underway.