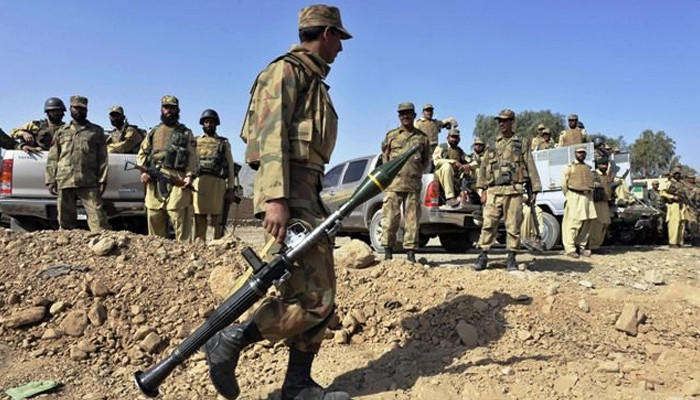 At least five soldiers were martyred after terrorists launched a cross-border attack from Afghanistan on the Pakistan troops stationed in Kurram district, the Inter-Services Public Relations (ISPR) said in a statement.

The military’s media wing said that the Pakistani troops responded befittingly to the attack, adding that as per “intelligence reports” the “terrorists suffered heavy causalities”.

Pakistan Army is “determined to defend” the country’s borders against terrorism and such “sacrifices” will further strengthen their resolve, the statement added.

Interior Minister Sheikh Rasheed Ahmed, while condemning the attack in a statement, urged the Taliban government to “fulfil” its promise of controlling cross-border terrorism.