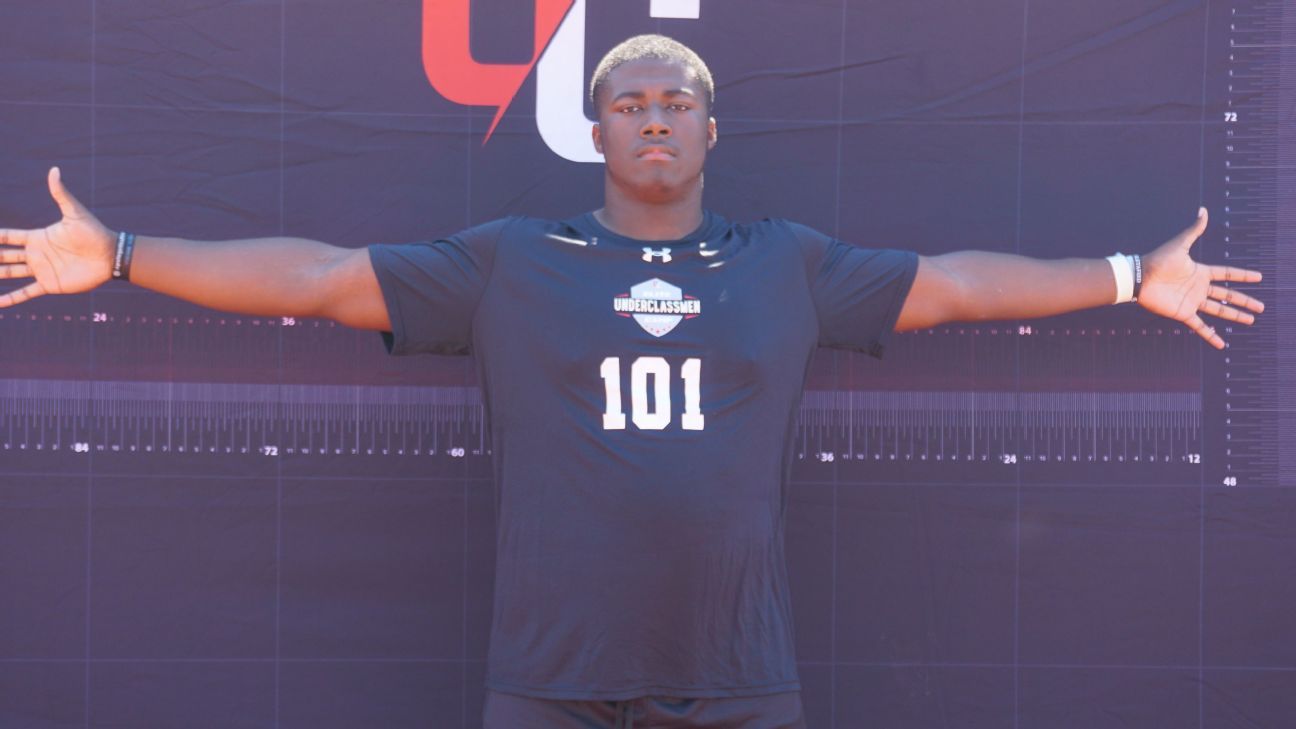 Brownlow-Dindy is the No. 4 recruit overall and had been committed to the Sooners since Oct. 12. He stayed committed when news broke that Lincoln Riley left to take the head coaching job at Southern California, but rumors swirled that he was looking around.

This is the fifth decommitment for Oklahoma since Riley left, along with ESPN 300 linebacker Kobie McKinzie, defensive lineman Derrick Moore, running back Raleek Brown and offensive lineman Demetrius Hunter.

Conversely, this is the sixth commitment the Aggies have had since the start of November, as Jimbo Fisher and his staff make a push for the No. 1 class with the early signing period only nine days away. The staff got a commitment from the No. 1 player overall in defensive tackle Walter Nolen on Nov. 6, as well as commitments from five-star wide receiver Evan Stewart, wide receiver Chris Marshall, running back Le’Veon Moss, offensive lineman Mark Nabou and now Brownlow-Dindy.