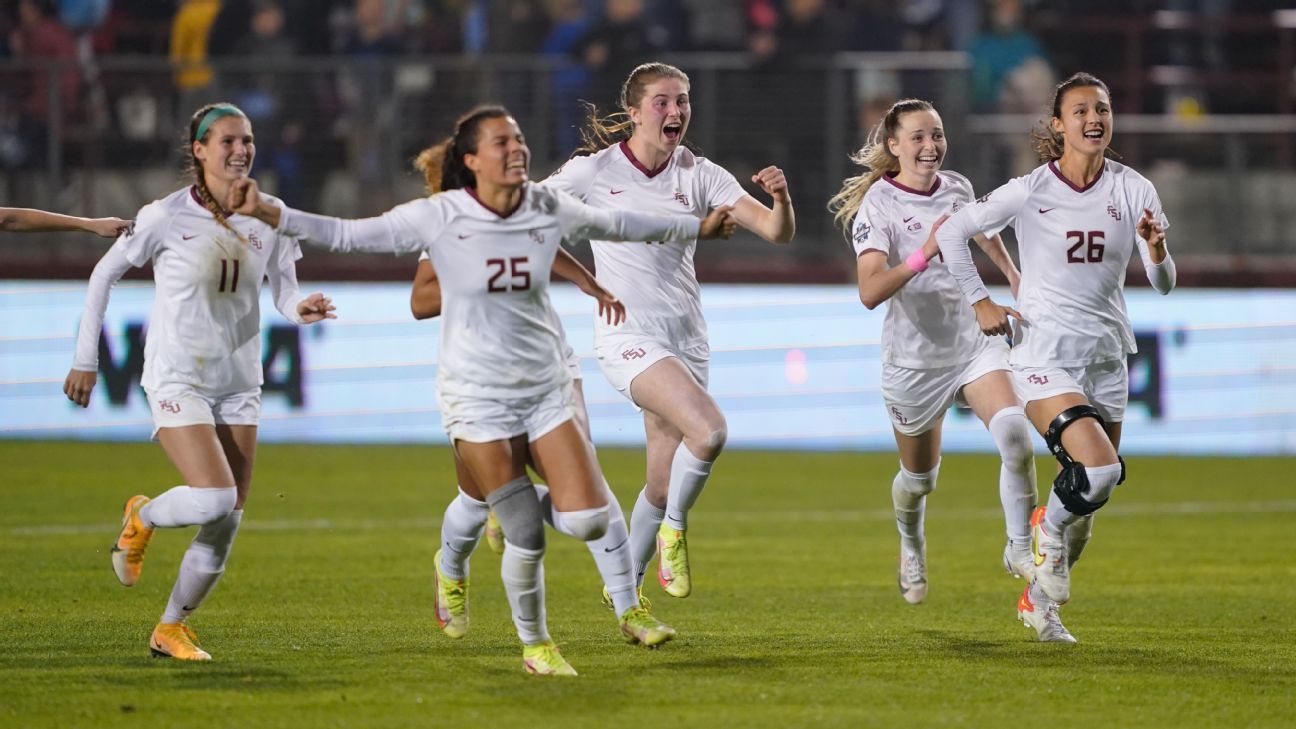 In the first meeting between the schools, No. 13 BYU and top-ranked Florida State traded chances through 90 minutes of regulation, but neither team could break through.

The Cougars created a dangerous opportunity off a corner kick early in the first overtime, but Roque came up with one of her four saves.

Florida State had the best chance of the second overtime when Jenna Nighswonger bent a shot from just outside the box, but BYU goalkeeper Cassidy Smith smothered it for one of her two saves.

BYU, playing in its first College Cup, outshot Florida State 10-8 through regulation and the two overtime periods. The Seminoles were playing in their 12th College Cup and sixth national championship game.

The Cougars appeared to take an early lead in the eighth minute when Cameron Tucker broke behind Seminoles’ defense and found the back of the net, but the play was ruled offside.

BYU’s All-American midfielder Mikayla Colohan was carried off the field with an apparent ankle injury following a collision in the 32nd minute with Florida State’s Jaelin Howell, who was assessed a yellow card.

But Colohan, who led BYU with 18 goals and 15 assists this season, was able to return in the second half and picked up a yellow card of her own in the 79th minute.