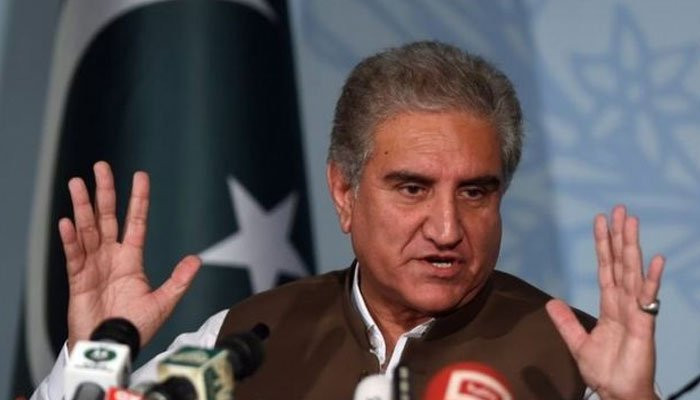 Foreign Minister Shah Mehmood has expressed his trust in allies over the opposition’s alliance PDM effort to bring a no-confidence motion against Prime Minister Imran Khan.

Speaking in Geo News Programme Aaj Shahzaib Khanzada Kay Saath, PTI leader Shah Mehmood Qureshi said that the government is not worried about any motion and we completely trust our allies and partners stand with the government.

“I’m sending a clear message to the PML-N and the PPP that their meetings to depose the PM are nothing more than table talk,” he added.

What would the PML-Q gain by sidestepping the incumbent government and benefiting the PML-N when the MQM-P is our ally and already has reservations about the PPP in Sindh, not to mention that the MQM-P is protesting against the PPP in the province?

Referring to the government’s strength in Parliament as the PTI government succeeded in approving the Finance Supplementary and SBP amendment Bills, FM Qureshi said that the opposition has been trying to destabilise the government from the very first day, but every time they [opposition] have faced defeat.

“Government knocks down opposition every time,” FM Qureshi said, “even in the Senate where they claim to have a so-called majority; the opposition is not united against the government.”

Speaking about Jehangir Tareen’s faction in PTI, FM Qureshi categorically rejected any divide in the party and said it was just an impression that had emerged but it’s fading away now, adding that, ” they have admitted their mistakes.”

“There is only one group in the PTI that believes in Imran Khan and regards him as the party’s leader,” he said.

Talking about defeat in the recent local body election in Khyber Pakhtunkhwa, he said that disunity in the PTI led to the defeat. He was of the view that some people prioritised their interests over the party, and as a result, the PTI was vanquished.

People in Punjab and other places will vote in the next round of local elections after they learn from their mistakes, he said.

People still think that Prime Minister Imran Khan is an honest man and faithful to the country, he added.