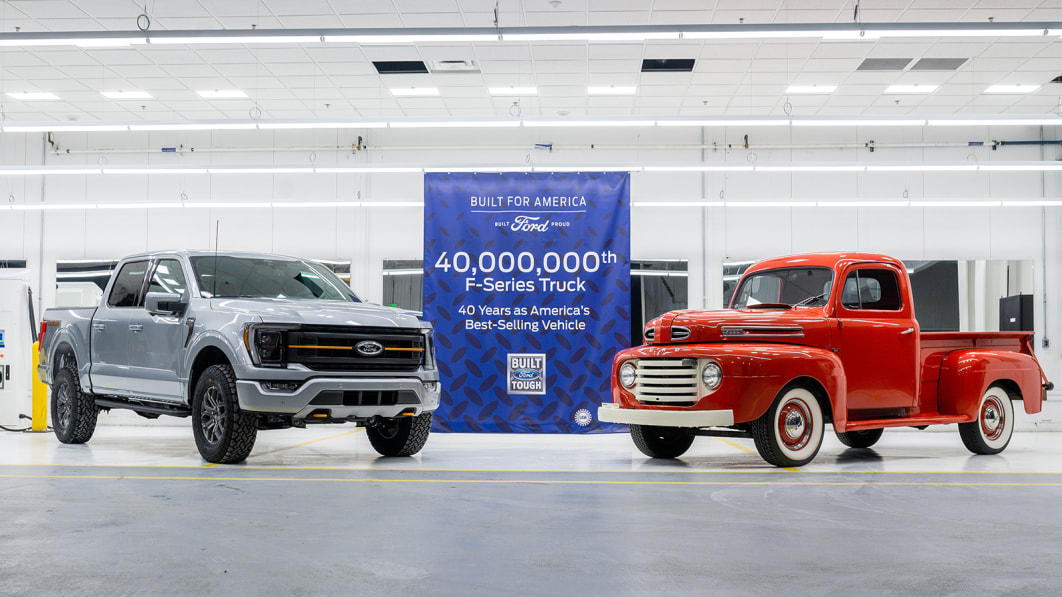 The perennial best-selling vehicles in America, the Ford F-Series trucks, have reached a remarkable milestone: 40 million. The truck bearing the big number is a 2022 Ford F-150 Tremor. The color is Iconic Silver, which seems an appropriate hue, if a subdued one.

The F-Series first launched in 1947, and the gallery above shows the 40 millionth truck next to a 1950 Ford F-1. Over the years, the F-Series has expanded to include models beyond the standard light duty F-150 pickup truck to include larger models such as the F-250 and F-350.

This landmark production number comes at an exciting time in the F-150‘s lifetime. Hybrid and full-electric powertrains are available, along with specialty off-road variants such as the Raptor and Tremor. And this past year, the F-Series remained the most popular vehicle in America (the 45th year in a row) with a total of 726,004 units sold.