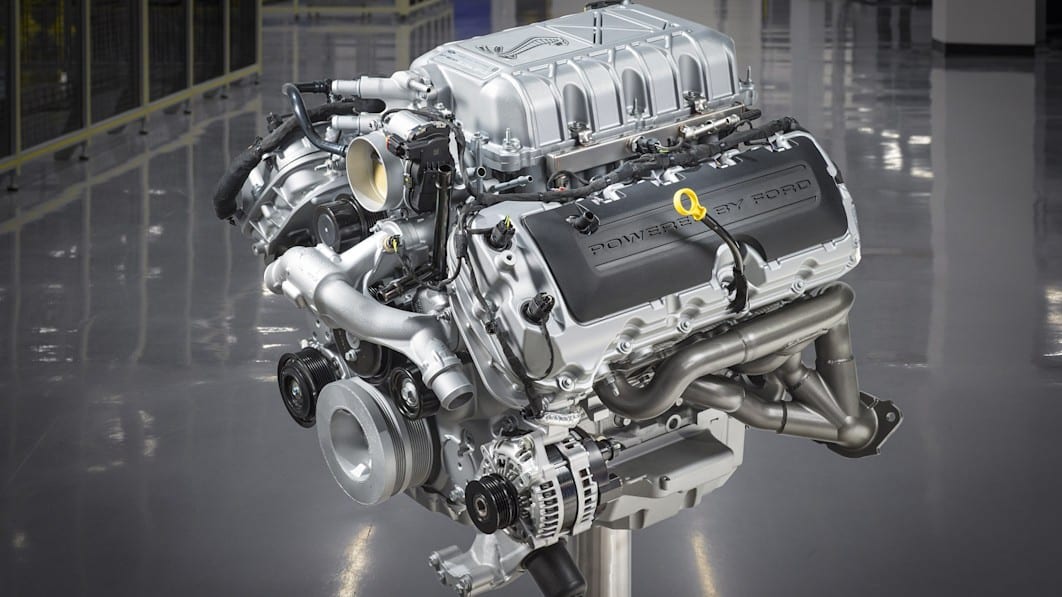 If you’ve noticed the trend of everything getting more expensive lately, you won’t be surprised at a report from Ford Authority that Ford has raised the price on its supercharged 5.2-liter Predator V8 crate motor. Ford Performance put the mill on sale only a month ago for $25,995 including shipping. If you haven’t ordered the engine already, you’ll pay about 5% more now, the new sticker being $27,295.

There’s an asterisk to this, however, in that the control pack still isn’t available. That bundle of electronics and components normally includes the powertrain control module, an armada of sensors, the wiring harnesses needed to make all of these parts talk to each other, and an OBDII port to diagnose the inevitable codes that pop up during a custom build. Buying that pack is going to add a few grand to the cost, but it makes a homebrew engine swap so much easier. A control pack for a 5.0-liter Coyote V8 for the standard Mustang costs between $2,180 and $2,560 depending on the year of the engine and the transmission.

More importantly, it’s not clear how long home mechanics will need to wait. When Ford-Trucks asked Ford Performance about availability of the pack, the site said the response from Ford Performance was, “it won’t be available for a while.” The closest Ford-Trucks could get to a release date was “probably next year.”

That’s still not too shabby for an aluminum-block V8 with forged internals able to produce 760 horsepower and 720 pound-feet of torque on premium pump gas, same as the Mustang Shelby GT500. The engine’s fully dressed as well, so it comes with accessories like the starter, alternator, belts to drive the supercharger, alternator, and water pump, 92-mm throttle body, exhaust manifolds, and air conditioning compressor. On top of that, the included warranty runs for two years or 24,000 miles so long as the long block isn’t modified. But any builder should know what they’re getting into.