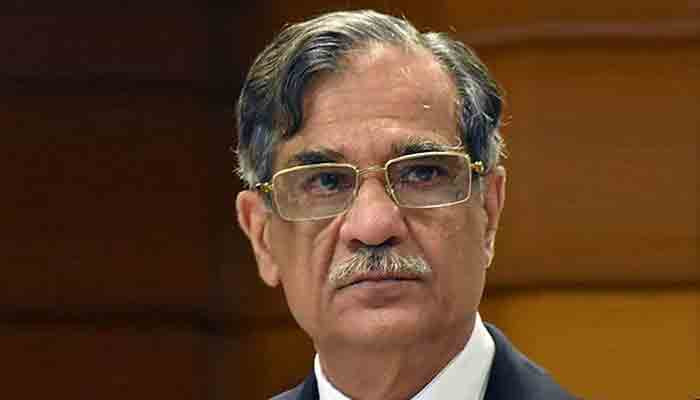 ISLAMABAD: The hunt for the top slot of National Accountability Bureau (NAB) is underway as several names proposed by the opposition and ruling parties are circulating in the media. However, former Chief Justice Mian Saqib Nisar has categorically said he is not interested in the office.

While talking to The News, former Chief Justice Supreme Court of Pakistan Mian Saqib Nisar rubbished the rumors of his meeting with Prime Minister Imran Khan or any other member of the ruling party. “I have neither been contacted by anyone nor am I interested in any government post. Let me make it clear that I am not available for the chairman NAB’s slot,” he commented.

When asked if someone from the government approaches him and offers him the top slot in the anti-graft body, the former CJP said he is not interested in any kind of government posting, be it chairman NAB or any other post.

The social media in the last few days was also abuzz with speculations that the government was also thinking about offering the NAB’s top slot to former Chief Justice Saqib Nisar. However, he has categorically declined the offer. Some political pundits believe that Imran Khan can also think about continuing with the current Chairman NAB Justice (retd) Javed Iqbal as the sitting chairman suits the prime minister well.

The names proposed by the PMLN for the chairman NAB are not the same as reported by the media.

Federal Minister for Information and Broadcasting Fawad Chaudhry, on the other hand, has also rebutted and clarified that the government has not proposed any names for the the post as yet. On a social networking website, Fawad Chaudhry tweeted, “The PTI has not suggested any name for the chairman NAB slot. The media reports in this regard are not correct. The decision in this regard will be taken after consultation in the coming days.”