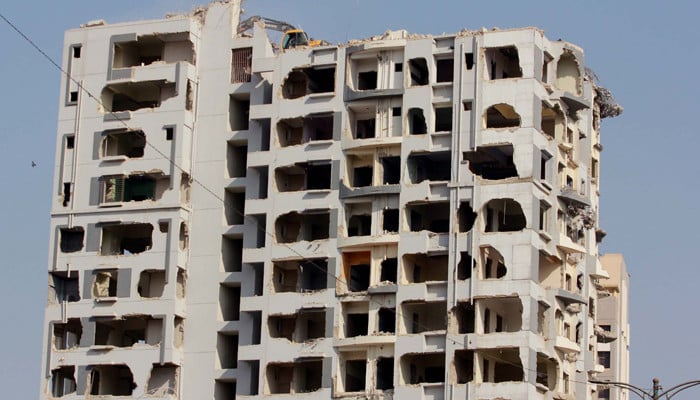 The Association of Builders and Developers (ABAD) on Friday said a former resident of Karachi’s Nasla Tower had passed away after suffering from depression, Dawn reported.

A retired employee of the Pakistan International Airline (PIA), Shamim Usman, 65, died of “sheer depression”, the builders’ association said in a statement.

The elderly woman was among hundreds of other residents who were ordered by the Supreme Court of Pakistan (SC) to vacate the 15-storey building, as it had been partly built on encroached land, and was thus ruled as one that must be demolished.

“Shamim Usman resided in flat No 104 of Nasla Tower”, had invested all her money and service benefits, which she received upon retirement, to buy an apartment in the building, the statement said.

The demolition works on the 15-storey building, located on Sharah-e-Faisal, are underway.