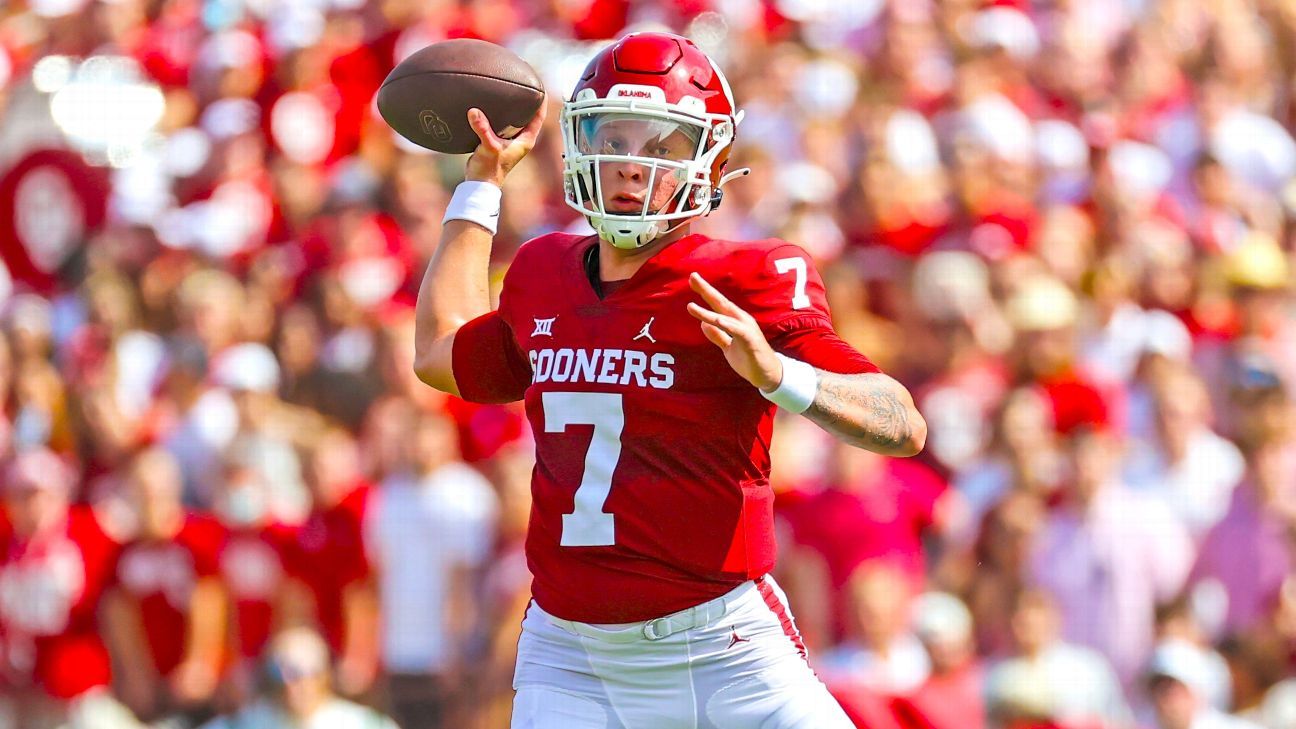 South Carolina coach Shane Beamer leaned on his Oklahoma connections in gaining the commitments of a pair of former Sooners, quarterback Spencer Rattler and tight end Austin Stogner, on Monday.

Beamer, who was an assistant at Oklahoma from 2018 to 2020, just wrapped up his first regular season as a head coach at South Carolina.

Bringing in Rattler will provide an immediate infusion of talent at the position.

The No. 1-ranked quarterback in the 2019 class, Rattler went to Oklahoma with sky-high expectations. He became the starter in 2020 and threw 28 touchdowns and seven interceptions.

Rattler entered this season as a Heisman Trophy favorite but wound up being benched in favor of Caleb Williams.

Stogner and Rattler both went to Oklahoma as part of the 2019 class. Both entered the transfer portal late last month, not long after former Sooners coach Lincoln Riley left for the same position at USC.

A 6-foot-6 tight end, Stogner caught 14 passes for 166 yards and three touchdowns this season, and was named a second-team All-Big 12 selection by The Associated Press.