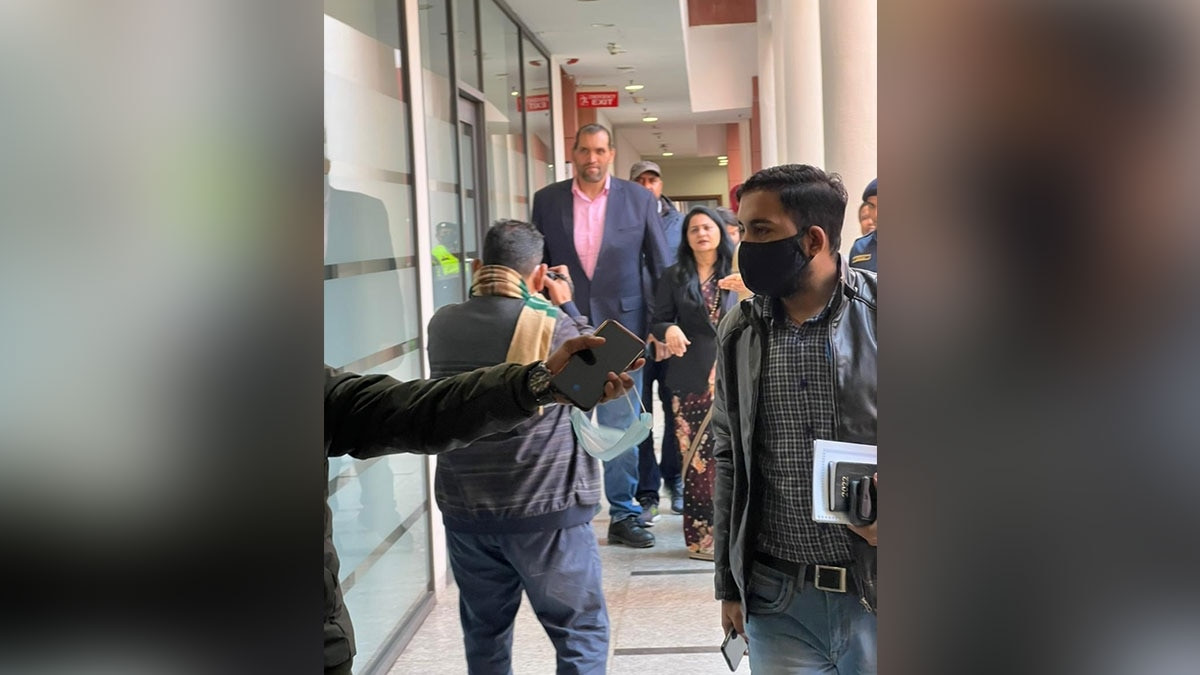 Khali arrived at the BJP headquarters in New Delhi, where he was inducted in the party in a formal ceremony.

“With The Great Khali joining us, it will be a source of inspiration to youth as well as other people of the country,” the publication quoted Union Minister and senior BJP leader Jitendra Singh as saying.

The 49-year-old wrestler is also a former World Heavyweight Champion and had also been inducted into the prestigious WWE Hall of Fame Class of 2021 in the United States.

His 7-foot-1 height and 347 pounds weight has made his titanic figure noticeable since the day he entered the WWE Universe in 2006.

As a professional wrestler, Khali went head-to-head oe-to-toe with some of the greatest wrestling stars, and won the World Heavyweight Championship in 2007.

Due to his success in WWE, The Great Khali made cameos in several Hollywood films, like MacGruber, Get Smart, and the Adam Sandler-starrer The Longest Yard. He has also appeared on the reality show Big Boss.