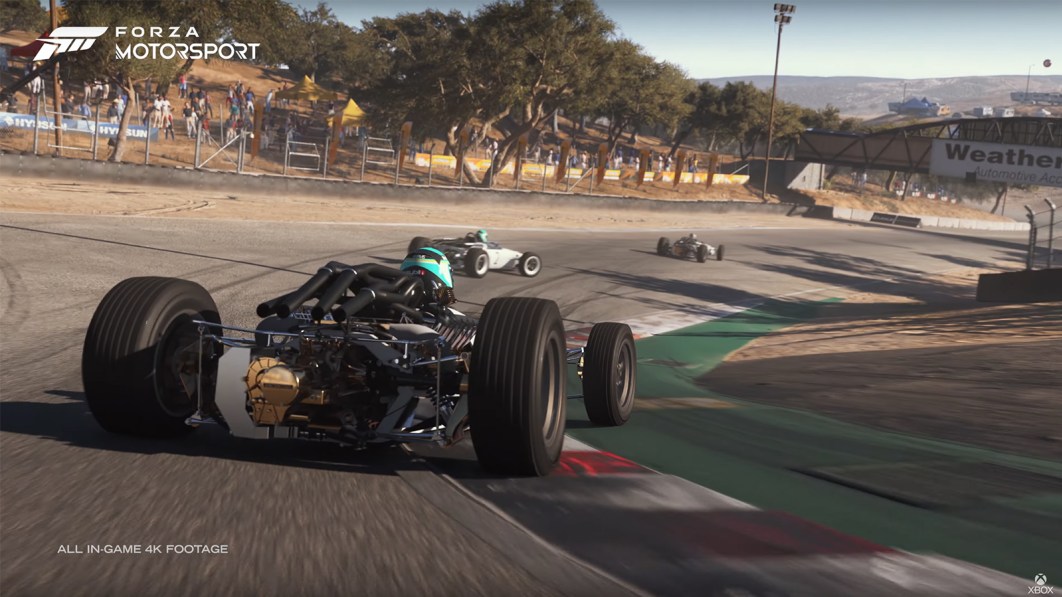 During the Xbox Bethesda Showcase, Turn 10 Studios and Playground Games brought a bunch of “Forza” news. The biggest of which being an actual release date for “Forza Motorsport,” the eighth installment of the racing sim series. More details and gameplay footage of the game also appeared, and can be seen in the videos above and below. But “Forza Horizon 5” also got some love with a new Hot Wheels-themed expansion pack.

You’ll finally be able to play “Forza Motorsport” next spring. And the game boasts some impressive tech to match “Gran Turismo 7.” The game is getting dynamic time of day as well as weather on all courses. Track temperatures vary based on these conditions, which will also affect grip. The game is also getting multiple tire compounds and fuel and tire management. The game can run in 4K and features ray tracing. While not exactly stated, it was implied that ray-tracing will be in effect even during racing, as opposed to being deactivated like in “Gran Turismo 7.”

The demo mostly shows off Maple Valley, a long-time favorite of “Forza” players, but a number of tracks were shown in the trailer. Spa Franchorchamps, Laguna Seca, Kyalami, as well as a couple new original courses. One of which is set in South Africa, and another is in Japan, Circuit Hakone.

Turn 10 also released a list of the cars in the trailer, which is shown below.

As for “Forza Horizon 5,” its Hot Wheels expansion will be a fun, if somewhat familiar add-on. Like the Hot Wheels expansion for Horizon 3, this new one appears to add a whole new location with multiple environments from jungles to volcanic mountains with open lava flows. It will feature realistic renditions of classic and modern Hot Wheels cars, and it even has a winner from a previous Hot Wheels Legends Tour, the 2 Jet Z. So a real car will have been turned into a Hot Wheels, and then sort of back into a real car, but virtually. What a time to be alive.

The expansion launches on July 19.