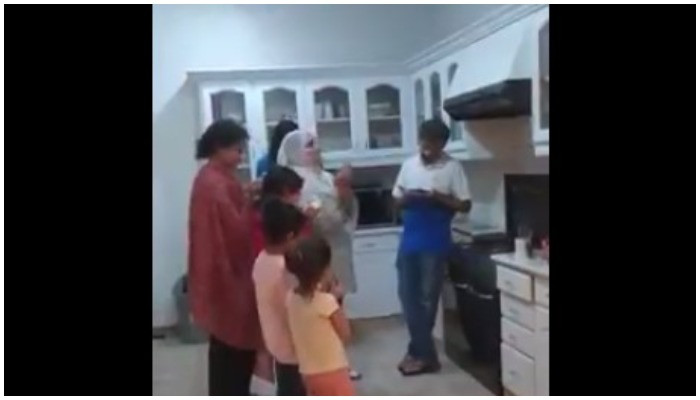 KARACHI: A video showing a woman praying to God for gas supply before lighting a stove has gone viral on social media as people witness gas shortages in different parts of the country.

In the video, a woman could be seen saying “Ya Allah reham farma aur humain gas day.” (Oh God, have mercy and provide us with gas), along with her family as they stood in their kitchen, about to light a stove.

The video also shows the family cheering up when they see that gas is available upon lighting up the stove.

On the other hand, women took to the streets in Lakki Marwat, Khyber Pakhtunkhwa, to protest against gas and electricity outages on Tuesday, Geo News reported.

The protest took place on Ashfaq Street of the city where women burned their electricity and gas bills and blocked the roads to stage their protest, saying that they have to go through the ordeal on a daily basis.

The protesters threatened to continue blocking the streets if the authorities concerned do not resolve their issues.