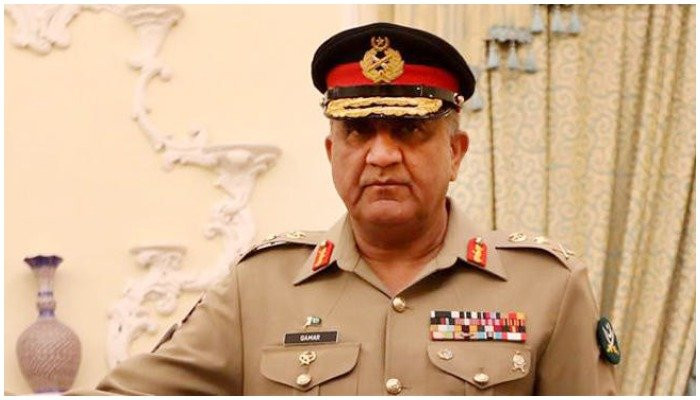 NAGARPARKAR: Chief of Army Staff (COAS) General Qamar Javed Bajwa on Friday visited Nagarparkar and spent the day with troops, where he was briefed by the local commander on the operational readiness of the formation, a statement issued by the Inter-Services Public Relations (ISPR) said.

While interacting with troops, the COAS appreciated their state of morale and motivation for the fulfilment of the assigned mission.

According to the military’s media wing, Gen Bajwa also advised all troops to remain focused on their professional obligations and training for an effective response to counter any emerging challenge.

During the visit, General Bajwa also met with the local Hindu community. He said that monitories in Pakistan are equal citizens and it is the job of the state is to protect them.

Meanwhile, the Hindu community acknowledged Pakistan’s efforts in bringing about a secure environment for minorities in the country. They pledged that their community shall contribute with full zeal towards the economic prosperity of the country.