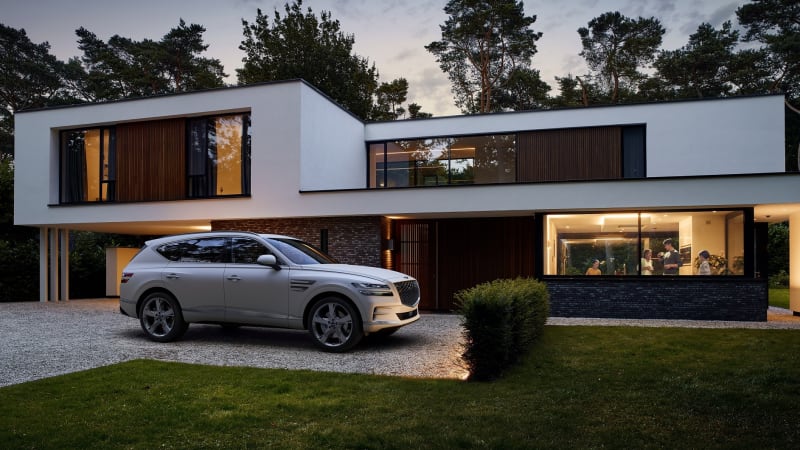 Depending on the market, the Genesis GV80 midsize crossover can be had with seating for five, six, or seven people. The six-seater option launched late this summer in the automaker’s home market of South Korea, the second-row bench in that model replaced by two captain’s chairs ahead of a two-person third row. Genesis has confirmed to Roadshow that we’re going to get a similar take, a luxurious GV80 flagship trim called Prestige Signature headed our way next year. Unlike the one on sale in South Korea, ours will omit the third row to max out at four occupants.

Genesis wouldn’t be drawn on any more details about the model, so we’ll have to take the overseas version as our initial guide. In that one, a second-row center console with its own ambient lighting and wood trim that matches the instrument panel separates the second-row seating. The quilted-leather thrones are heated and ventilated, with passengers enjoying amenities like separate rear-seat entertainment systems, wireless device chargers, and separate HVAC controls.

Based on the current trim steps, Genesis could start with the 3.5T AWD Prestige Advanced+ version for this new beast, and swap in a few features from the next trim down. According to the Genesis configurator, the Advanced+ has features like rear privacy glass and Smart Posture, but gets the third row, manual rear window shades, and sits on 20-inch wheels as standard fit. The trim below that, the 3.5T AWD Prestige, doesn’t fit the third row, comes with power window shades, and sits on 22-inch wheels as standard. Mix it all up and the Prestige Signature is sure to bundle all the frills Genesis has to offer.

Barring any new engines between now and launch, the model will be powered by the top-dog 3.5-liter twin-turbo V6 with 375 horsepower and 391 pound-feet of torque. Since the 2022 GV80 Prestige starts at $73,245 after destination but before options like an exterior color other than white, it doesn’t seem outrageous to think a chauffeur’s special trim could trip the alarms at $80,000. If reports are true, it will hold the premier place for just one year; the battery-electric GV90 is anticipated to debut in 2023 at the head of the Genesis pack.