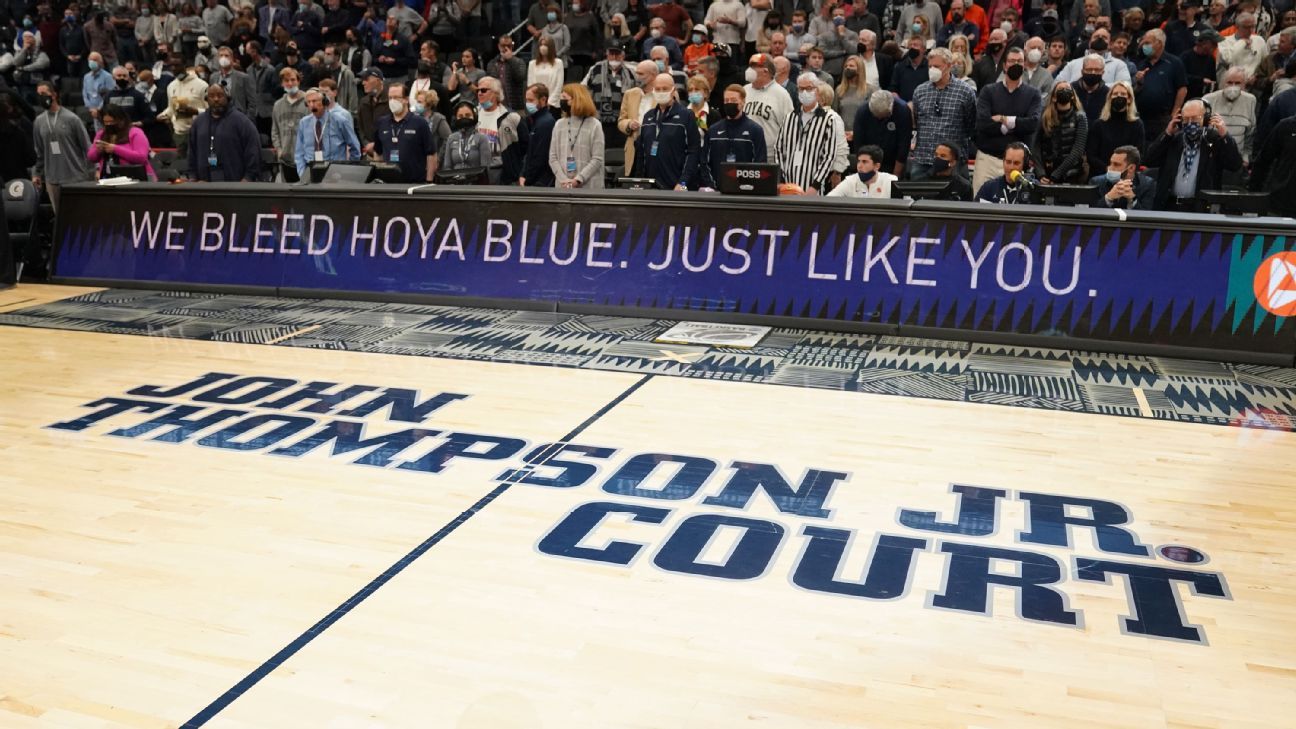 The school announced the naming of the court at Capital One Arena on Saturday in honor of the legendary leader and former coach who died last year. Thompson was 78.

Prior to Georgetown’s matchup against Syracuse, its former Big East rival, members of Thompson’s family walked to midcourt for the dedication and naming of the court as former Georgetown stars, including Alonzo Mourning and Dikembe Mutombo, sat courtside.

Thompson’s biggest star at Georgetown, Patrick Ewing, is now entering his fifth season as head coach at his alma mater.

Known for coaching with a white towel on his right shoulder, Thompson was hired in 1972 after the Hoyas had just completed a three-win season. In 1984, he became the first Black head coach to lead a team to the national title. He was also vocal about off-court issues.

He walked off the court before a 1989 matchup against Boston College to protest Proposition 42, which denied freshmen scholarships if they didn’t meet specific academic requirements.

On Saturday, Georgetown was also awarded the Big East’s first John Thompson Jr. Award, given to a school “to recognize significant efforts to fight prejudice and discrimination and advance positive societal change.”

Nearly a year after the murder of George Floyd, Ewing and his players kneeled before their first-round matchup against Colorado in the NCAA tournament — following a miraculous run to the Big East tournament title — last season.

“Coach Thompson’s impact on this program, this athletic department and this university will last forever,” Georgetown athletic director Lee Reed said. “Knowing what he stood for, knowing the importance of the work he did in his lifetime, it’s our responsibility collectively to not only uphold that but to continue to move that forward.”