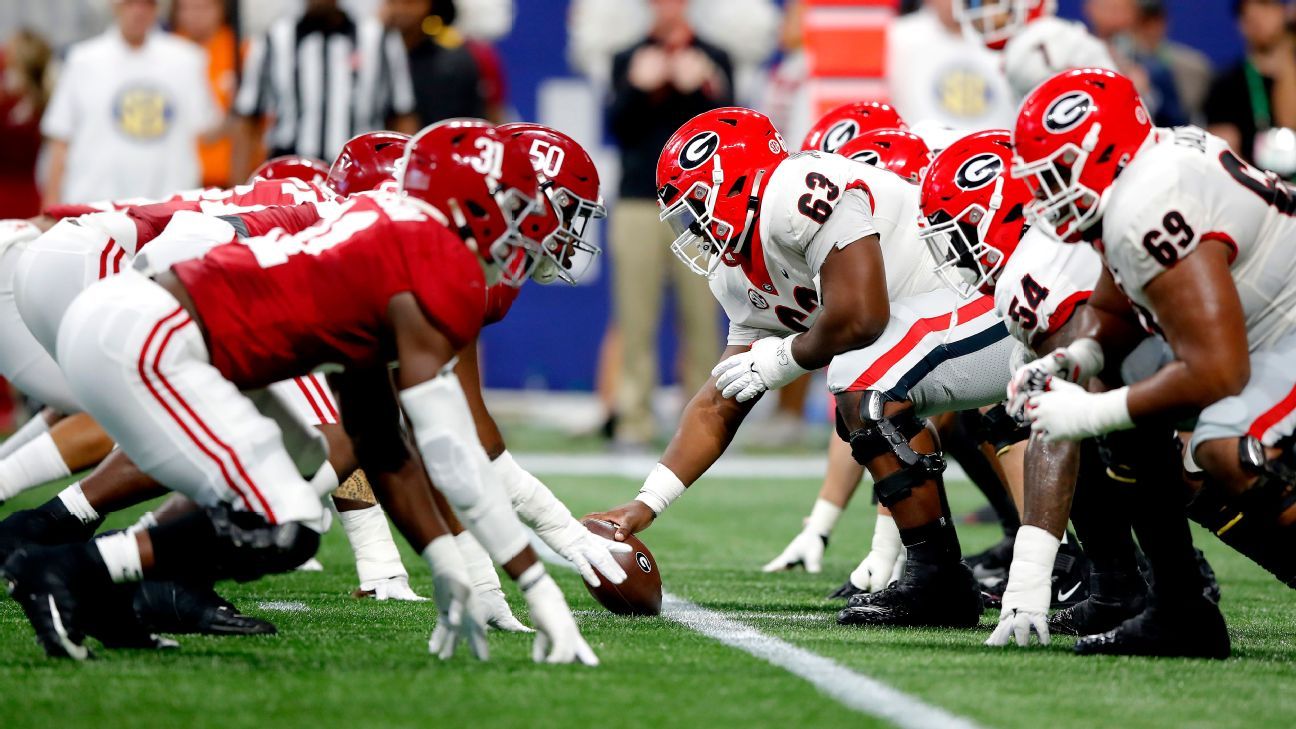 INDIANAPOLIS – For the last month, Georgia players have been asked repeatedly about what it is going to take to get past Alabama.

So predictably, the questions came again Saturday during virtual media day, as the Bulldogs prepare to play the Crimson Tide once again – this time in the CFP national championship game on Monday night.

Since Kirby Smart arrived at Georgia for the 2016 season, the Bulldogs are 0-4 against Alabama. That includes a disappointing 41-24 performance in the SEC championship on Dec. 4 as the favorite and No. 1-ranked team in the country, which only furthered the questions about what it will take for the Bulldogs to beat the team that has dominated their series in recent years.

When asked whether he was tired getting questions about their record against Alabama, Georgia offensive tackle Jamaree Salyer said it was “definitely motivation.”

“I wouldn’t say tired of it,” Salyer said. “It’s the truth. You can’t really run away from the truth. That’s what it is. That’s our record. But we’re not trying to make it an emotional thing, where you go out playing with emotions. You want to be calm, collected. We’re good enough at what we do.

“The record has been the record but this is a new game coming up. A different game, different environment, one different than I’ve ever played in. The stakes are different. We want to play this game, not worry about the last few.”

Salyer mentioned Georgia needs to replicate the intensity it showed in the CFP semifinal at the Capital One Orange Bowl against Michigan, a dominant 34-11 victory that got the Bulldogs to the national championship game.

Georgia ran for 190 yards against Michigan and controlled the clock, something it was unable to do against Alabama in the SEC championship game.

“When we’re on the same page, we’re a very dominant offensive line,” Salyer said. “Not too many teams can mess with us. Just being on the same page, understanding the game plan and executing it at a high clip, and just play it with the same intensity, that’s what it comes down to, to impose our will and take over the game.”

Georgia defensive lineman Jordan Davis said the performance against Alabama in the SEC championship game was a “wake-up call,” reminding players they have not arrived yet. He said he has spent the last month working on his conditioning, in addition to spending more time watching tape.

“I try not to let things get to me and affect me like that, but that game, it definitely stung a little bit, but we knew we had a new opportunity and with new opportunities you have a chance to be different,” Davis said. “So I took that chance and definitely it will pay off for me tenfold because I feel better, my body feels better, and I’m just ready to showcase that on Monday.

In the SEC championship game, Georgia did not have a sack or create a turnover, and Young threw for 421 yards and three touchdowns, and rushed for 40 more yards. Davis said Georgia defensive players have started calling Young “The Gingerbread Man” because of his elusiveness.

“I’ve been going against wide receivers in our quarterback rodeo drill in practice, so trying to track down a wide receiver who is shifty, and I’m a defensive lineman, it takes a lot of skill and a lot of practice,” Davis said. “It teaches you to track the hips. We’ve just been tracking hips all practice. And definitely this go-around we’ll try to contain him and get him.”

“This game is a lot more mental than physical. And these teams are pretty much evenly matched when it comes to personnel and physicality. Honestly, the SEC, it was down to mental execution. It was a couple of plays that we busted and they got big plays on. This week, we’ve been working hard. It’s definitely about pushing yourself to the next level. This is for all the glory. So, if you’re not pushing yourself to the absolute limit, then what are you here for?”

It was the same message that Salyer delivered – making the necessary adjustments, while also realizing this is a change to change the narrative that persists.

“That’s what it comes down to, is just making the adjustments, understanding that these are different stakes,” Salyer said. “It’s just different, and we understand that it’s something we really want and things can be different this time. Doesn’t have to be the same narrative over and over again. We control our destiny. Not anybody else. Not the media. Not Alabama. We control our destiny and that’s how we want it.”