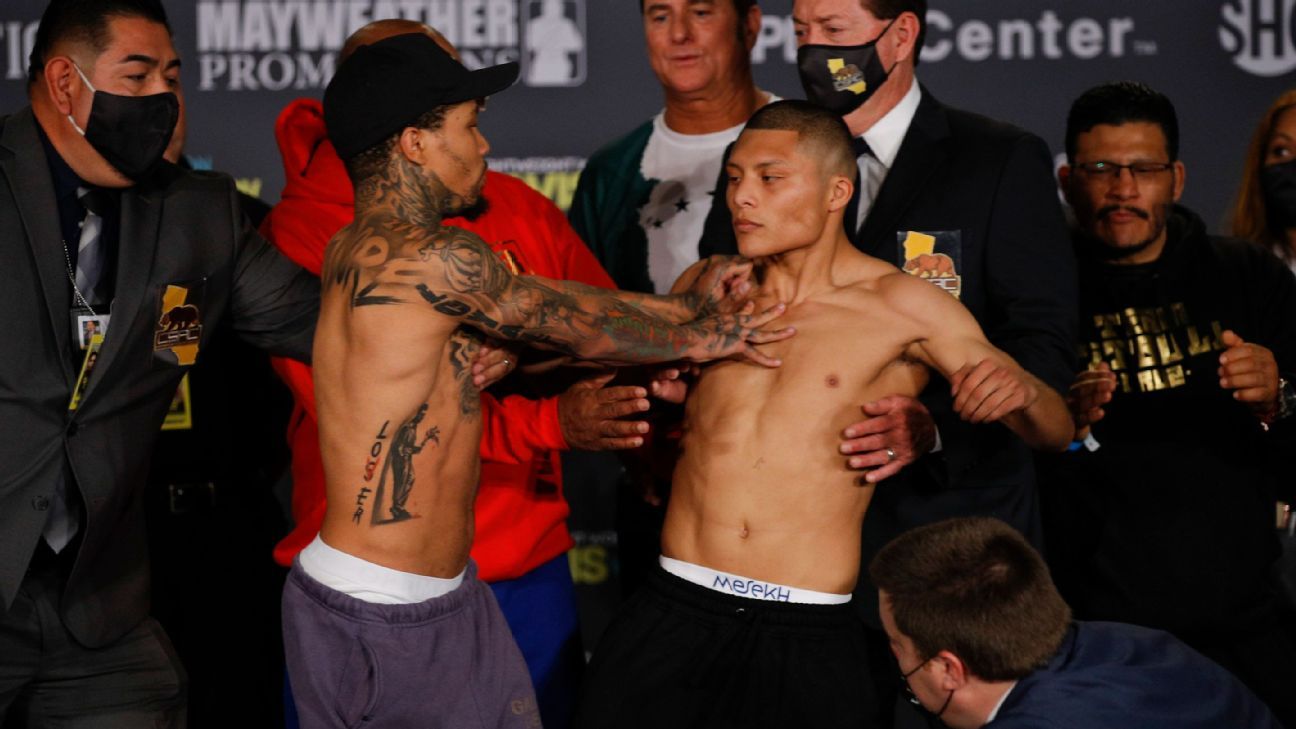 Davis (25-0, 24 KOs), 27, of Baltimore, Maryland, is one of the most exciting young boxers in the sport. He is a three-division champion, and won the lightweight belt by scoring a 12th-round TKO over Yuriorkis Gamboa in 2019. Davis defended the title against Leo Santa Cruz in October 2020 and then moved up in weight to win the WBA “regular” junior welterweight belt against Mario Barrios back in June.

Cruz (22-1-1, 15 KOs), 23, of Mexico, stepped up when Davis’ original opponent, Rolando Romero, was pulled from the fight after being accused of sexual assault in late October.

Cruz hasn’t lost a fight in almost six years and has won 11 consecutive bouts since a draw in 2017. In his most recent fight in June, Cruz defeated former junior lightweight champion Francisco Vargas by decision.

In an upset, Carlos Adames finally fulfilled his vast potential with a majority-decision victory over Sergiy Derevyanchenko. One judge scored it 95-95, overruled by tallies of 97-93 and 96-94 for Adames.

The middleweight title eliminator was a slugfest from the opening bell. Adames (21-1, 16 KOs) was buzzed in Round 5 and Derevyanchenko unloaded, but no knockdown came close to materializing. The 160-pound bout was contested largely on the inside with both boxers disregarding defense. And it’s no surprise: Derevaynchenko is one of the most reliable action fighters in the sport.

What was stunning was the way he faded down the stretch. Adames, whose only loss came in a 154-pound fight against Patrick Teixeira in November 2019, was released by Top Rank afterward. Now with PBC and at 160 pounds, Adames, 27, has new life.

The Dominican Republic native is in line to fight Jaime Munguia next year for the right to challenge Jermall Charlo for a middleweight title. At 36, Derevyanchenko, on the other hand, could be slipping toward gatekeeper status. The Ukrainian has won just one of his last five bouts. The other four losses came against some of the best in boxing: Jermall Charlo, Daniel Jacobs, and Gennadiy Golovkin.

Derevyanchenko (13-4, 10 KOs) entered the fight rated No. 6 at middleweight by ESPN.

Eduardo Ramirez outpointed Miguel Marriaga in a 130-pound fight to kick off the Davis-Cruz PPV broadcast. All three judges scored it the same: 99-90.

Ramirez (26-2-3, 12 KOs) sent Marriaga (30-5, 26 KOs) down with an overhand left with seconds remaining in the third round. The 26-year-old from Mexico used that punch to great effect throughout the bout. He consistently beat Marriaga to the punch and created tremendous swelling around both of Marriaga’s eyes.

With the victory, Ramirez inches closer to title contention at junior lightweight. Marriaga, a 35-year-old from Colombia, is best known for losing to Vasiliy Lomachenko and Oscar Valdez in 2017.