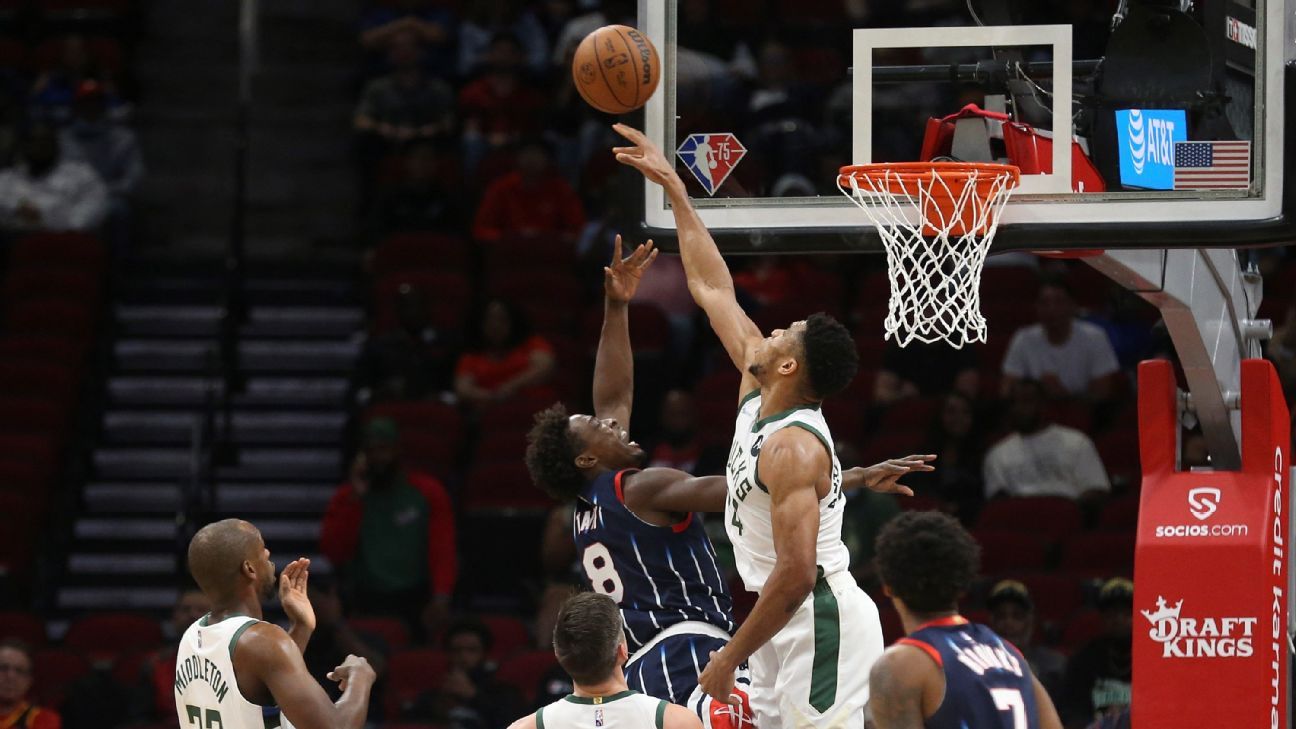 Antetokounmpo filled up the stat sheet with 41 points, 17 rebounds, five assists, three steals and two blocks, moving past Alton Lister to claim yet another record in Bucks’ history. Antetokounmpo, whose 1.7 blocks per game is his highest mark since the 2016-17 season, also holds the franchise records for free throw attempts, defensive rebounds and triple-doubles.

Antetokounmpo shot 4 of 13 and finished with just 15 points in the Bucks loss to the Miami Heat on Wednesday and he didn’t think he played aggressively enough. He responded on Friday, knocking down 15 of 19 field goals while making 10 of 14 free throws. It’s the second time this season Antetokounmpo has recorded 40 points, 15 rebounds and five assists.

The rest of the NBA has one such game (Joel Embiid), according to ESPN Stats & Information research.

“He just wanted to come out and set the tone, especially after we dropped one against Miami,” Bucks forward Khris Middleton said. “That was the main thing, just come out be aggressive and get a win.”

The Rockets had been one of the hottest teams in the NBA before they ran into the Bucks, who were coming off a disappointing loss against the Heat without Jimmy Butler or Bam Adebayo.

That was the first loss Milwaukee had suffered this season with Antetokounmpo, Middleton and Jrue Holiday all in the lineup, but the Bucks responded against the suddenly competitive Rockets, who went on their winning streak after a 15-game losing skid.

“We knew coming into today they were going to play extremely hard against us, trying to prove themselves,” Antetokounmpo said. “They’re playing great. They don’t have a big star or superstar that takes over possessions, they have to play the game and they have to shoot the ball real well. They have to put themselves in position to be successful. They defend really well and if they keep playing like this, they’re going to keep getting better each year.”