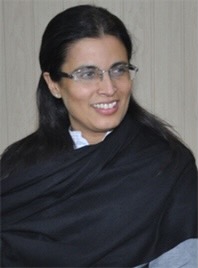 On Thursday, Lahore High Court Justice Ayesha A. Malik was approved for promotion to the Supreme Court, bringing her one step closer to becoming the country’s first female Supreme Court justice. Excited public figures and netizens went to social media to express how the appointment will be a “wonderful day for women” in Pakistan and “perhaps the first of many” that will see women justices play an important role on the Supreme Court roster. Ayesha is also a part of The International Association of Women Judges (IAWJ), an initiative of women empowerment through equality and justice for every girl and woman. She is an advocate of the importance of the gender perspective in upholding the rule of law.
Although, despite its historic significance, the move has also sparked chaos among many attorneys and even judges. They have spoken out against the appointment, claiming that it was made in violation of seniority lists and without any clear selection criteria. Malik was not one of the lower court’s top three most senior judges when she was elevated, they stated.
Congratulations are also in line for Justice Ayesha as people have cause to assume that, for the first time in Pakistan’s history, a woman has made it to the Supreme Court. The news and reactions on social media are astounding. Many said that we need women in positions of leadership in all areas of life, based on their abilities and aptitude. They stated that it is a good beginning for more to come.
The Judicial Commission of Pakistan has approved her name in a 5 to 4 vote. The nomination needs to be endorsed by the Parliamentary Committee on Appointment of Judges. The JCP meeting that decided on Justice Malik’s elevation was chaired by Chief Justice Gulzar Ahmed. If she gets approval from the parliamentary committee, she will remain the judge of the Supreme Court until March 2031.