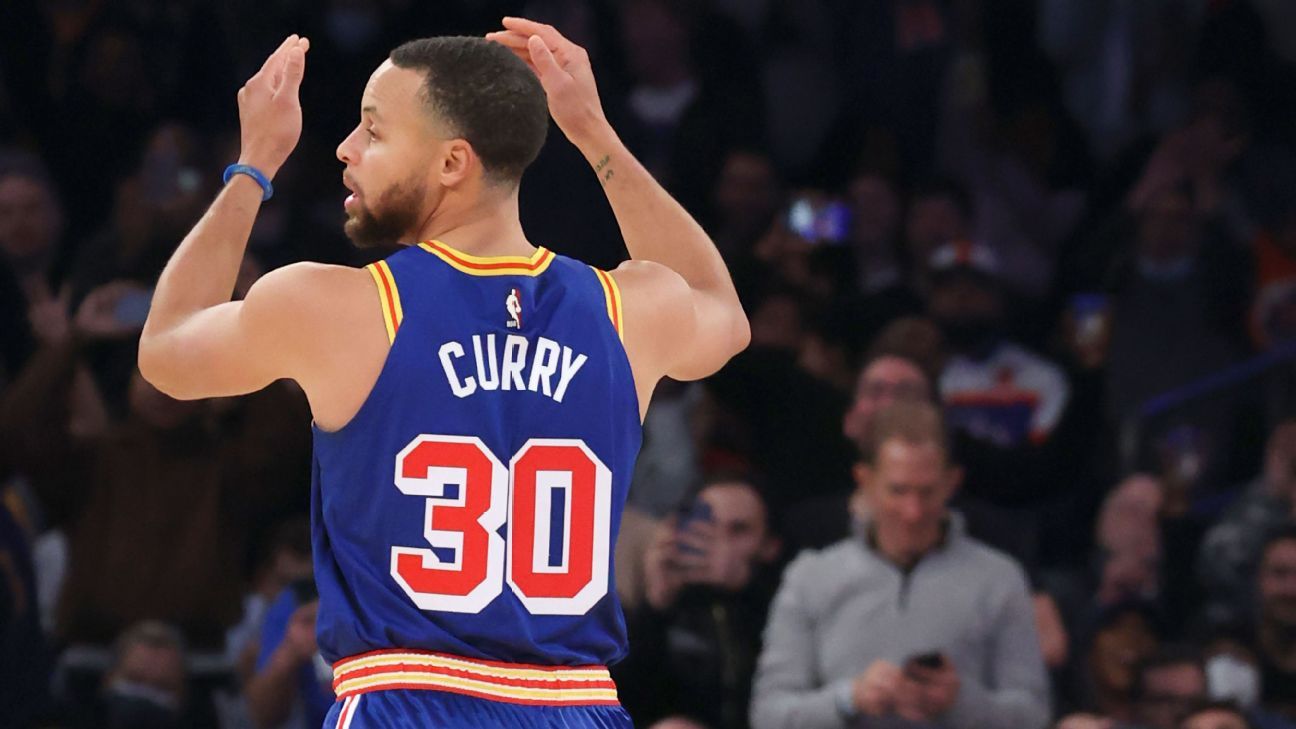 NEW YORK — Stephen Curry has shot his way to the top of the NBA record book for 3-pointers.

Curry hit his 2,974th 3-pointer Tuesday night in the first quarter of the Golden State Warriors’ game against the New York Knicks, breaking the record set by Ray Allen.

Curry hit the shot from the right wing with 7:33 remaining, waving his arms toward the sky as he jogged backward down court. The Warriors then committed a foul and quickly called timeout to let the celebration begin. Curry exchanged hugs with coach Steve Kerr, longtime teammate Draymond Green, family members and Allen, who was at the arena.

Stephen Curry is officially the greatest shooter this game has ever seen 👏 pic.twitter.com/BmEhQFcJDH

Curry is often considered the league’s greatest shooter, and the numbers back him up. He already owns two of the top three seasons for 3-pointers — including the only season with 400 3s — and now has the career record Allen had held since passing Reggie Miller in 2011.

The record came at Madison Square Garden, where Curry had one of his early-career highlights on Feb. 27, 2013, when he made 11 3-pointers and scored 54 points. He has gone on to win two MVP awards and three championships while becoming one of the biggest, most popular stars in the game.

“I think fans are attracted to him just because of his humility and his story and how hard he’s had to work, so from that standpoint it transcends sports somewhat,” Kerr said before the game.