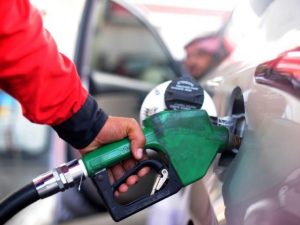 The federal budget has been rejected by opposition parties in the Senate, who claim that there has been a storm of inflation since the incumbent government came into power. The government received criticism from the opposition for the sharply rising fuel prices that were double-raised in a week.

Speaking on the floor of the house, former finance minister Shaukat Tareen said the country witnessed growth in the gross domestic product (GDP) despite the Covid pandemic during his government’s tenure.
“The stock exchange index was at 46,450 but now it tanked to 41,200,” the former finance minister said. He mentioned that the liter price of petrol was Rs149 when they left, which now jumped to Rs209. He warned that fuel prices would increase and touch Rs300 in the coming months.

Tareen also warned that inflation was likely to jump to 25 to 30 percent in the country. “The GDP growth was six percent in our times, but now the government says they will take it to five percent,” he said.

Shahzad Waseem, the opposition leader in Senate, also criticized the government by questioning that “Why is not the government concluding an agreement with Russia for cheaper oil?
He said people were wondering what happened to those who marched against inflation. “We immediately demand the withdrawal of tax notices to citizens as inflation has jumped to 30 percent,” the opposition leader stated.
Senator Waseem called on the government to issue a diplomatic passport to the wife of Kashmiri leader Yasin Malik jailed on terrorism charges in India.
PTI Senator Mohsin Aziz slammed the government for the present economic crisis in the country, saying PTI had created 1.8 million jobs and increased power generation capacity. the senator also called for elections to be held immediately in the country.