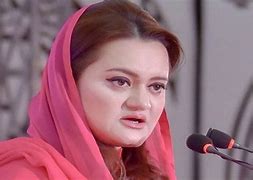 The federal cabinet on Friday approved the formation of a committee that will deliberate whether treason proceedings under Article 6 should be initiated against PTI’s top leadership, including the party’s chairman, Imran Khan. Minister for Information Marriyum Aurangzeb said the cabinet approved the formation of a committee under Minister for Law Azam Nazeer Tarar.
The SC had on July 14 observed that the former deputy speaker of the National Assembly in his ruling to dismiss the no-trust resolution against former prime minister Imran Khan failed to substantiate that regime was changed on account of a foreign country’s interference, emphasizing the move was “jurisdictional excess” taken without any lawful authority.
“The federal cabinet hailed the decision,” Marriyum Aurangzeb mentioned after the cabinet meeting. She said that a resolution was passed in the cabinet meeting “to stop attacks on the parliament, Constitution, and democracy forever”. A committee was also formed today, she said, that will propose measures in light of the court’s decision in the next meeting.

In response to a question on who will be prosecuted under Article 6 [high treason], Marriyum Aurangzeb said that “the court’s decision is clear in which it is mentioned that the speaker, deputy speaker, president, prime minister disrespected their constitutional duties”.

“The cabinet has decided that the committee will propose to end this unconstitutional violation and the cabinet will approve it,” she said.

The information minister further claimed that Tayyaba Gul had filed a complaint on the prime minister’s portal – a pet project of the former Pakistan Tehreek-e-Insaaf (PTI) government – after being sexually harassed by the National Accountability Bureau (NAB) chairman and other top officials.
The minister said that Gul had claimed she was informed that following her complaint the case had been forwarded to the Ministry of Human Rights and was later contacted by the PM Office. “She was abducted and allegedly kept captive in the PM House for 18 days,” the information minister said.

Marriyum also claimed that the evidence Gul had was usurped from the alleged sexual harassment and abuse victim which was then used to blackmail the then NAB chairman, Javed Iqbal, for political gains.
She further added that an independent inquiry commission is to be formed to probe into the matter under the Commission of Inquiries Act, 2017 under the supervision of Law Minister Azam Tarar who will finalize the terms of reference and panel list for the commission in conjunction with the cabinet. She also said that the Commission on Enforced Disappearances was also plagued by various similar complaints from women, and would also be made a part of the committee.

She also revealed that the commission would be “time-bound” but further details were still to be finalized.