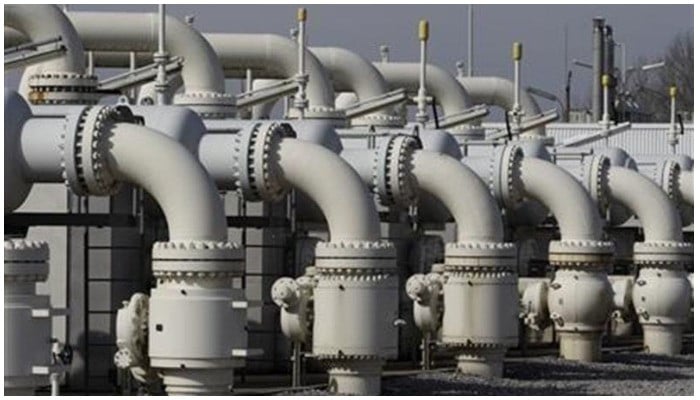 The government may restore gas supply to some of the captive power plants of the country conditionally as it is likely to reach a consensus with the textile industry in their negotiations over the tariff and priority order dispute, The News reported Sunday, citing officials.

The Ministry of Energy (Petroleum Division) is currently in talks with the representatives of All Pakistan Textile Mills Association (APTMA) in contact with the Sui Northern Gas Pipelines Ltd (SNGPL), aiming to work out the best course of action.

Sources privy to the matter said that the textile industry will withdraw all the relevant cases pending in courts in return for the restoration of  natural gas supply by the government.

The publication quoted a senior official of the Ministry of Energy as saying: “These units will have to be eventually switched to grid-power in due course. Moreover, $9/mmBtu will be charged.”

The gas will be provided to them on a best effort basis as per the Cabinet’s priority order, which lists process gas above captive power plants.

More than 90% of the mills have standby power connections. They have shifted already and are using 9 cents/unit tariff. The very few ones that don’t have power connections will be supplied gas on a priority than the rest until they switch over to grid-power, which will be provided to them in a month or so.

However, participants of an APTMA meeting were told by its office bearers that about 75mmcfd of gas would be available for the export-oriented sector from over 180mmcfd in a month, while 40% gas load could be used by the export-oriented units. The category will be finalised later on for which gas will be restored. Furthermore, the pending $9/mmBtu case will be withdrawn by APTMA.

Earlier, an APTMA delegation met with Abdul Razak Dawood, the adviser on commerce, textile, industry and production, and investment, twice in the last couple of days and claimed to have been able to get some commitments on energy supplies.

As per the association’s claim, the government will restore gas at the earliest to the industry, while $9/mmBtu will be charged till March 31, 2022, and the textile industry will withdraw all stay orders.

It was learnt that the Ministry of Energy has prepared a plan to rationalise energy supplies to the industry with a view to reduce the burden of subsidies in view of supply-side ground realities. As per the assessment of the incumbent government, gas and power are being supplied on subsidised rates to five export-oriented sectors for three years; 9 cents/unit for power and $6.5/mmBtu for gas. The subsidies, in their current form, have led to rent-seeking and misuse of energy in the textile sector.

The subsidy in gas costs the government Rs62 billion/annum. The power subsidy costs another Rs20 billion/annum. It is also unfunded, meaning that it adds to circular debt. Moreover, it is a blanket subsidy, which means there is no distinction between exporter and non-exporter of textile products.

A significant proportion of textile products is now supplied to local markets. The subsidy is also used to operate inefficient captive power plants in the textile sector. On one hand, the government is sitting on surplus power, while on the other it is being forced to supply precious and subsidised imported gas to run captive power plants. Hence, the government is left with no option but to reform energy subsidies.

It is a matter of fact the subsidy was never meant to be for an indefinite period of time. It was meant as a restarting incentive for the industry badly hit by the previous government’s overvalued exchange rate regime.

Furthermore, in fact, APTMA agreed in February 2020 with the government to end the subsidy for gas by June 2020 in return for waiving all add-on charges on their bills. The govt held its part of the bargain but the industry got the subsidy extended for another year on the pretext of the COVID-19 pandemic.

A study conducted by the Petroleum Division showed no causal link between this subsidy and an increase in exports. Devaluation of currency has been the single largest boost for exporting units, helping them earn the highest ever profits and margins.

Hence, the direction for reform needs to be towards targeting the subsidy towards exporters only based on export proceeds.

It also needs to be focused only on gas used for the fabric-making process as opposed to for captive power plants as both have separate supplies and meters.

The 9 cent/unit electricity tariff is a regionally competitive rate (Bangladesh has 8.5 cents). Disallowance of gas to captive power plants will automatically shift the units towards using power thereby boosting the much-needed power uptake in a surplus system.