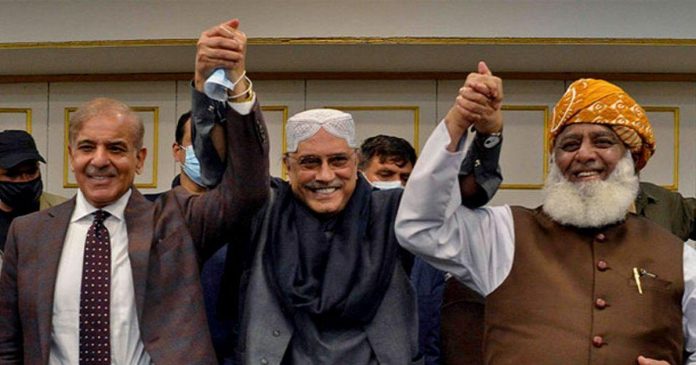 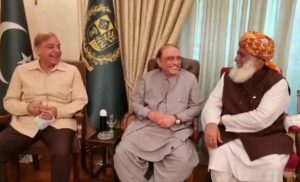 Pakistani politics has been extremely volatile over the last three months. Former Prime Minister Imran Khan was forced out by a vote of no confidence on April 10. Pakistan’s major opposition parties had been calling for Khan’s resignation since he took office, labeling him “selected,” and had formed an alliance, the Pakistan Democratic Movement (PDM), in the fall of 2020.
On April 11, 2022, Khan was removed from office, and PMLN’s Shahbaz Shareef was elected as Pakistan’s new Prime Minister.

However, the newly formed government is having a tough time managing its finances and meeting its international obligations. Be it rising inflation, Covid-19, climate change, water crisis, or foreign policy challenges, they have to deal with it all and have to make wise and informed policies to become successful.

Also, a major question that arises here is the timing of the next election, which is scheduled to take place in the summer of 2023. After winning the recent Punjab by-elections, Khan has called for early elections.
“The only way forward from here is to hold fair & free elections under a credible ECP. Any other path will only lead to greater political uncertainty & further economic chaos,” Imran Khan Tweeted.
In the meantime, the Pakistan Muslim League-Nawaz (PML-N) has decided to serve its entire term in office rather than call for early national elections. Prime Minister Shahbaz Sharif and JUI-F chief Maulana Fazlur Rehman Chaired a joint meeting of ruling party and its coalition allies in Model Town, Lahore, where it was decided unanimously that government will complete its tenure.

Because of all these tensions, the nation is in chaos, and the average Pakistani is the most suffering one. Political stability is a basic requirement for a state to experience economic growth, social integration, and the rule of law. Overall, Pakistan needs a serious assessment to establish a stable political environment, which can only occur if the government and opposition put their differences aside to work together for the development of the nation and its people!