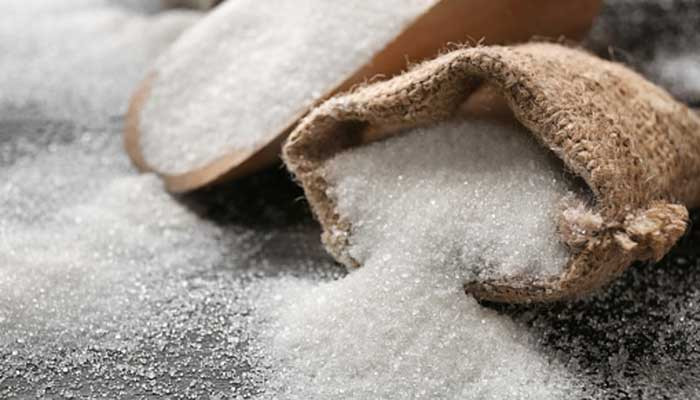 ISLAMABAD: The Sugar Sector Reforms Committee, constituted by the federal cabinet, has come up with its recommendations and asked the government to open up import of sugar all the time and allow exports in times of high production without any government subsidy.

“Forward contracts and Satta were viewed with serious concern as methods to manipulate market forces. It was noted that there is no legislation to prohibit or regulate these practices in Pakistan as the forums for these transactions are nowhere registered, and the transacted commodities are shown as stocks, providing space to millers to manipulate both demand and supply. It was felt that there was a need for legislation after seeking input from the Commodities Exchange Control (PMEX) on forwarding contracts,” the Sugar Sector Reforms Committee stated. It recommended that the sales tax should be charged at the actual cost of production of sugar.

The high-powered committee recommended to the government for ending the minimum price regime for sugarcane, no price fixation for refined sugar, farmers should be free to sell sugarcane throughout the country and not to the single mill in a zone, ending of licensing regime for setting up sugar mills, strict implementation on track and trace system, registration of all middlemen, a listing of sugar at Pakistan Mercantile Exchange for regulated trading of its forward contracts, bringing amendments in Competition Law to strengthen the Competition Commission of Pakistan (CCP) and payment to farmers on the basis of sucrose content not just on the basis of weight of sugarcane.

The Sugar Sector Reforms Committee was formed under the directions of the federal cabinet with the mandate to suggest measures to eliminate cartelization, profiteering, and market manipulations as well as to propose reforms relating to taxation and the regulatory role of the government. It recommended abolition of legislation (if any) by the provincial governments regarding zoning of crops and leaving the choice of what to grow to farmers/market forces (at present there are no zoning laws in Pakistan on zoning of crops). The committee asked for amendment of Sugar Factories Control Act 1950 to abolish the clause dealing with indicative price.

However, 2-3 years’ time to be given to farmers to make adjustments. Pricing of sugarcane should be according to the sucrose content. Provincial governments should provide the latest equipment/laboratories to cane commissioners for testing of sucrose content and implementation of a new pricing mechanism. It recommends the abolition of the Sugar Factories Establishment and Enlargement Act 1966 by the provinces. There is a need for amendments by the provinces in the Sugar Factories Control Act 1950, enabling provincial governments to fix the crushing date of sugarcane (ideal legislation is of Sindh in this regard). Enhancing financial penalties for late crushing in the Act. These penalties may include Rs5 million fine and 12 months imprisonment. The committee recommended strict implementation by the provincial governments to ensure that no hoarding was possible. The State Bank of Pakistan should issue advisory to commercial banks to inspect their pledged sugar stocks, and to verify their presence with the collaboration of FBR and cane commissioners. The FBR should develop a digital dashboard of stocks, wherein stocks data of provincial cane commissioners may also be shared on regular basis with the Ministry of Industries and Production.

For possibility of bringing forwards contracts under PMEX; (b) mills to provide the forward contract reports on a daily basis, specifying the quantity of sugar; its booking price and maximum lifting time be 15 days; (c) the inspection regime should be strengthened to ensure that no sugar remains un-lifted after the expiry of the forward contract; (d) new legislation to deal specifically with Satta, whether physical or online, on sugar and other commodities. These forward contracts should not be hidden and not ‘parchi-based’ either.

The Finance Division should amend the Competition Act 2010 for following items: (a) To ensure deterrence. Keeping in view that the associations are generally the frontrunners of the cartels, Section 38 of Competition Act 2010 may be amended suitably, adding a maximum penalty of Rs75 million for violations by the associations. The penalty may be enhanced as a certain percentage of the combined turnover of the member undertakings. (b) Leniency for insiders who are ready to be whistle-blowers may be incentivized for this purpose, protection under law immunity from any criminal prosecution needs to be considered. (c) Competition Appellate Tribunal (CAT) needs to be revived and made fully functional with regular members. This will end delays in decisions under the competition law. Regular appointments (with relevant qualification and experience) would help expedite disposal of cases on merit. The broad understanding was that the government interventions in the sugar sector supply chain should be minimal to avoid market distortions.

However, KP Department of Agriculture Research dissented that there must be an indicative price for sugarcane each year based on cost of production since the absence of competitive indicative price will encourage the use of sugarcane for other purposes such as Gur production. Khyber Pakhtunkhwa also insisted on crop zoning on the basis of crop patterns, climate and soil quality. According to Ministry of National Food Security and Research (MNFS&R) during the last three years considerable work had been done by the federal and provincial governments under the CPEC umbrella for mapping of agriculture zones.

Concerns were expressed regarding the unreliability of data on sugarcane and sugar production. A need was expressed for data collection on scientific basis. Collating data of crop reporting departments and data prepared by SUPARCO was considered as an option with reference to sugarcane production, while the need for alternative methods of physical verification of sugar stocks was emphasized since the existing system is influenced by millers.

In this regard, the track and trace system was considered a good option. It was suggested that the FBR should develop a digital dashboard of stocks, wherein stocks data of provincial cane commissioners should also be shared on a daily, weekly or fortnightly basis, and that this data should be accessible to the Ministry of industries and Production. It was also suggested that the FBR should do mandatory registration of brokers, dealers, wholesalers with NTN/STRN linked to their bank accounts. Discrepancies of pledged stocks with banks was also discussed and it was observed that sugar millers even sell off-pledged stocks and that banks needed to be vigilant in this regard.

Further it was observed that the calculation of the cost of production carried out by sugar millers was not according to international standards. It was also felt that the existing sales tax regime for the sugar industry led to an increase in the retail price of sugar. Forward contracts and “Satta” were viewed with serious concerns as methods to manipulate the market forces.

It was noted that there is no legislation to prohibit or regulate these practices in Pakistan as the forums for these transactions are nowhere registered, and the transacted commodities are shown as stocks, providing space to millers to manipulate both demand and supply. It was felt that there was a need for legislation after seeking input from the Commodities Exchange Control (PMEX) on forward contracts.

Moreover, it was felt that there are clear indicators of cartelization in sugar sector and the CCP should play its role. It was also realised that the CCP should be strengthened in terms of both capacity and the legal power to penalize concerns involved in anti-competitive practices.

The committee also discussed matters related to kharif crops, i.e. cotton, rice, sugarcane and maize. It was pointed out that cotton producers are faced with unfavorable duty structures and support price policies, whereas sugarcane farmers are incentivized; that there has been an increase in production of maize and rice at the cost of cotton, while the area under cultivation of sugarcane is stable since 2004 till 2020.

It was highlighted that there has been a shift of sugarcane growing areas from North to South owing to mushrooming of sugar mills in cotton growing areas of south Punjab after 1998. Master of zoning of crops was taken up and discarded as it was found to be against the spirit of competition and freedom to choose of farmers that is what to grow. It was felt that the government should provide incentives to other competitive crops rather than creating zones. It was argued that if the government continues to bail out farmers, then farmers would continue to grow sugarcane, while the only way to curb the tendency was to withdraw export subsidies and support price. The expansion of production capacity of sugar industry despite the complete ban on their expansion had raised the issue of substitution of other crops by sugarcane.

When contacted, spokesperson of Pakistan Sugar Mills Association (PSMA) welcomed the report and said that there was a need to improve recovery and yield of farmers as it could help the sector to grow manifold and could fetch $3 billion as precious foreign exchange earnings. He said that there was no zoning in the sugar sector. He was of the view that there should be no monopoly in any sector. He extended all-out support for the Track and Trace System and stated that the technology could provide solutions.