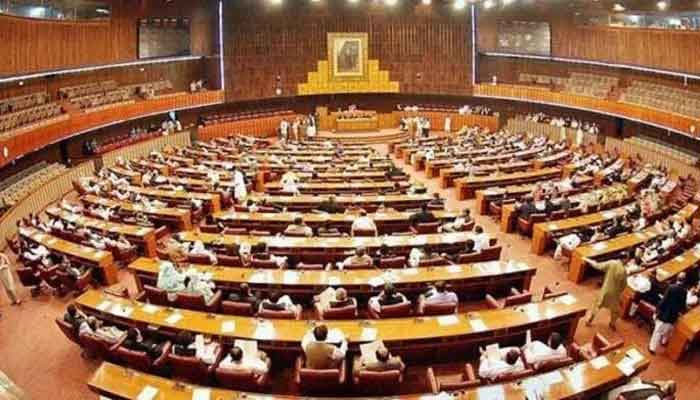 ISLAMABAD: Federal Minister for Human Rights Shireen Mazari on Monday commented on the lynching incident involving a Sri Lankan man in Sialkot and said the government would have to analyse why the National Action Plan (NAP) has not been implemented in letter and spirit.

Speaking to journalists following the meeting of the Parliamentary Committee on National Security (PCNS), Mazari said that Islam is a religion of peace and patience, adding that the lynching of the Sri Lankan manager in Sialkot was a “day of shame for the entire nation.”

The minister went on to say that the time has come for the “state to take action against such unacceptable incidents.”

Answering a question related to Defence Minister Pervez Khattak’s statement about the incident, Mazari said that Khattak has “issued a clarification about his statement,” and urged the Opposition to distance itself from the statement issued by the JUI-F chief Fazalur Rehman relating to the Sialkot tragedy.

The government has decided to review the National Action Plan following the Sialkot lynching incident that had shocked the entire nation during the in-camera meeting of the PCNS.

The brutal murder of Sri Lankan factory manager Diyawadanage Don Nandasri Priyantha — who was lynched by a mob in Sialkot over allegations of blasphemy — drew widespread condemnation from senior government functionaries, including the prime minister and president, as well as the military’s top leadership, who promised to bring all those involved to the book.

During the in-camera meeting of the PCNS, National Security Adviser Dr Moeed Yusuf briefed the participants about the draft of the new national security policy.

The new national security policy draft was prepared by the national security division, he added. Economic and food security, foreign policy, rise in pupation, terrorism, state’s policies on Kashmir and Afghan issues have been defined in the draft, he added.

On December 2, the opposition parties had decided to boycott the upcoming in-camera briefing of the national security committee, citing the government’s “dictatorial” behaviour as its reason.

A press release by Parliament’s united Opposition had stated that parties that are part of the Pakistan Democratic Movement anti-government alliance had always treated issues involving the constitution, law, national security and general public with seriousness and attached importance to them.

The media release had said that not only did the Opposition parties and their leaders attend briefings on these issues, despite the absence of the prime minister, but also provided recommendations to solve the issues.

The Opposition’s statement had said that the government’s dictatorial attitude and their recent move to bulldoze important bills in Parliament prompted it to boycott the in-camera briefing session.