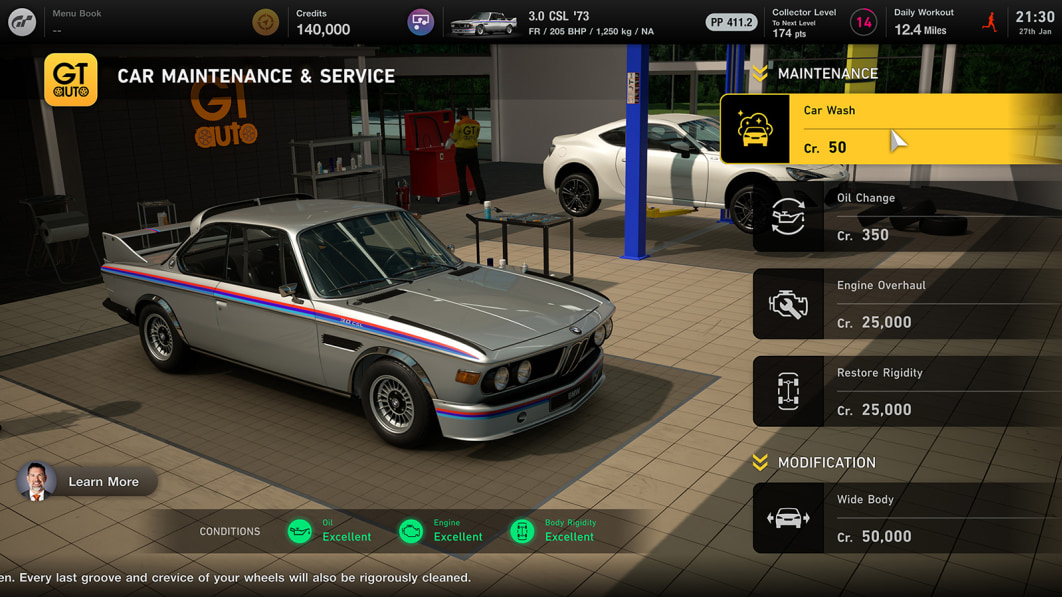 Sony released a half-hour look at its flagship PlayStation simulation racing game “Gran Turismo 7,” and it looks spectacular. The whole presentation is viewable at the top, but we’ve rounded up many of the new highlights and general overview of the game below. So let’s get to it.

Some of the biggest news about the game was about the technology in the game. GT7 will be available on both PlayStation 4 and PlayStation 5, but the PS5 version will have some unique features. It will take advantage of the advanced haptic feedback in the controller to clearly convey track surfaces, grip and braking. The PS5 version will also feature ray-traced lighting.

All versions get the same advanced driving and weather simulations. The weather was given special attention in this presentation. The game features weather data for all locations and seasons, and it simulates everything from humidity to cloud formations. The lighting, sun and stars are all accurate for each track location, too, and it varies with seasons. Precipitation is accurately modeled, and more specifically, how it builds up moisture on track. Puddles form and parts of the track will dry out at different times depending on weather and where people are driving, and it all affects grip. 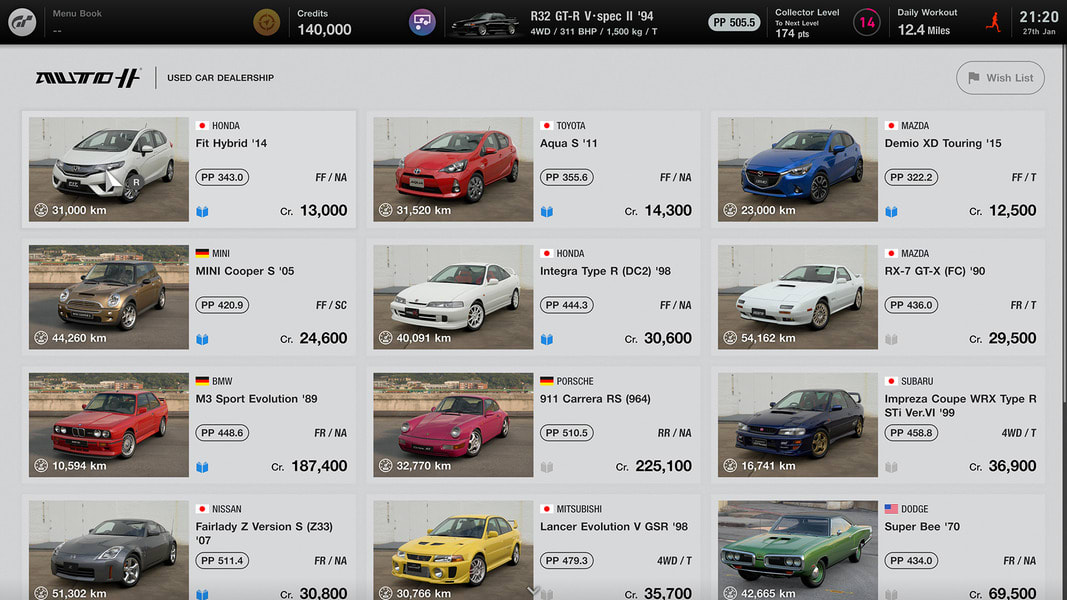 The total car count numbers more than 400. It’s not the largest car list for a “Gran Turismo” game, but it does appear that the entire roster will have graphics parity with one another. The fifth and sixth entries in the series for PlayStation 3 infamously blended highly detailed car models with lightly updated low-detail models from the PlayStation 2 games. The cars will have their availability divided up among a new car dealership called “Brand Central,” a used car dealer that changes its inventory, and a “legendary” car dealer that has notable classic and historic models. The number of cars will increase in the future, since more models will be added with later updates.

Furthermore, players can learn more about these cars in the brand “museums” that feature information, photos and other materials such as advertising. The GT Cafe, which has special races to complete with specific models, also has opportunities to hear about cars from experts, designers and more, such as Freeman Thomas and Tom Matano, as shown in the video. 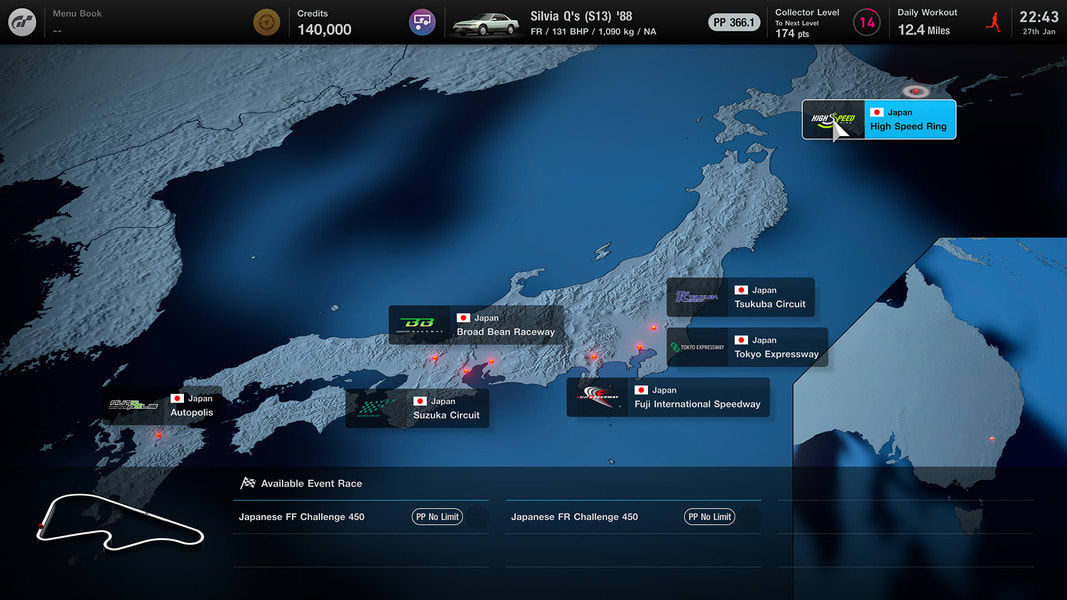 “Gran Turismo 7” features 34 locations with 97 different track layouts. These tracks include real courses as well as ones original to the game, including updated versions of classics such as Trial Mountain, High Speed Ring and Deep Forest Raceway.

Among single-player modes, there are the typical championship and single events that take place with minimal car restrictions. There are specialty events called “mission races” that can feature drag racing and drift racing. License tests remain a staple of the series, and they teach you aspects of performance driving and will likely unlock different levels of events. Single custom races are available, too.

Multiplayer has both local and online options. Split screen multiplayer lets you play against family and friends at your home. Online multiplayer features curated events in the GT Sport section, as well as custom lobbies with player-developed events. 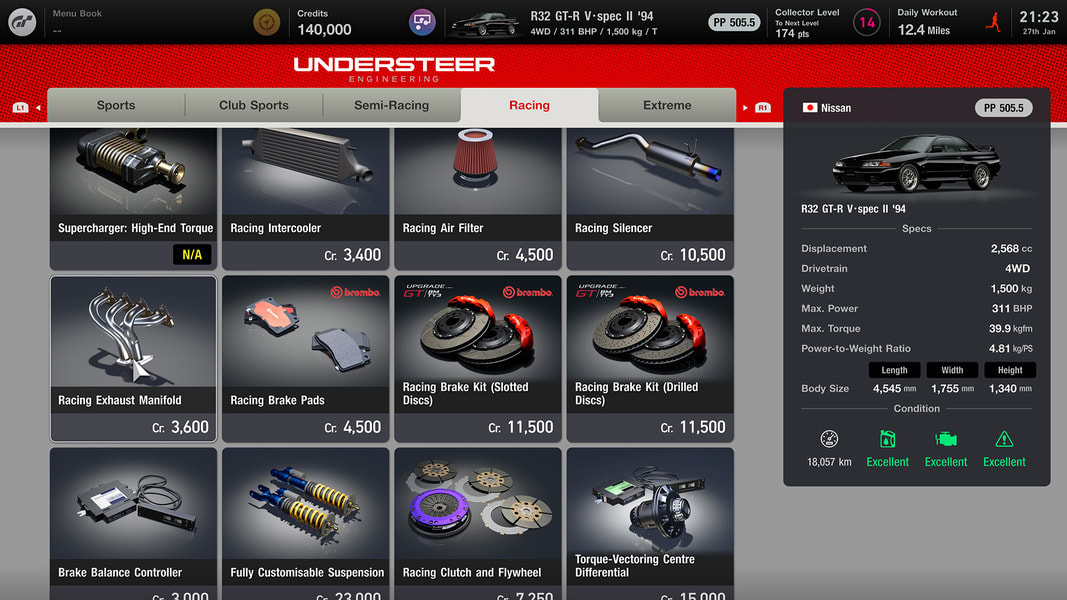 Features returning to “Gran Turismo 7” from past entries are a wealth of customization parts for both performance and visual aspects of cars. Apparently there are roughly 60 types of performance parts available for each car. There are 130 wheel types and 650 aerodynamic parts including bumpers, side skirts, spoilers, wings and even wide body kits. Custom roll cages are available, too. Paint and vinyl tools are on offer again for custom paint schemes, and the system has added more vinyl sticker slots and more locations for placement, such as on windows. Maintenance is a returning feature. In the “GT Auto” section, you’ll be able to do car washes, oil changes and more to keep your cars in top condition.

The “Scapes” photo mode is still around. There are 2,500 locations to photograph cars. The photos are rendered with HDR, and there are all kinds of tools for adjusting images. Photos can also be taken in replays, and replays themselves can be saved. There’s even a mode to have the replay cameras change according to the background music playing.

Whether it’s a paint scheme, a custom sticker or a photo, all of these user-created items can be saved and shared in the “Showcase” section. This means that if you see something someone created that you like, you can download it to use on your cars.